Most of the time, weed and fungus appear in such a way that we cannot decide if it is harmful to the plant’s beauty and health or increasing it.

Not all beautiful mushrooms are toxic; some are edible; however, some can be poisonous and destructive.

Such type of one harmful fungus we have is Leucocoprinus Birnbaumii or the yellow mushroom.

It appears in the floral pots or gardens on its own, without notice, and starts growing and extracting nutrients from the original food plant.

The worst thing happens when such fungi attack your one rare and expensive little plant.

Previously known as Lepiota lutea, here is a detailed guide on Leucocoprinus Birnbaumii, commonly called Plant Pot Dapperling, telling how to identify and get rid of this fungus.

Check this blog to get rid of the weeds in your garden.

If you see little yellow shoot-ups in your pot, it’s Leucocoprinus Birnbaumii.

This cute fungus is known by several names.

Such as, it has synonyms like yellow houseplant mushroom, flowerpot parasol, Plant pot Dapperling, or yellow parasol.

This fungus species is common to appear in summers as well as year-round in greenhouses or pots, in dark and wet places.

Here you need to know that if it is yellow, it doesn’t mean it is Leucocoprinus Birnbaumii because botany has several types of yellow funguses.

The two most common yellow fungus types include Aspergillus and Serpula lacrymans.

One is famous for appearing due to water damage, while the other is the fungus of the wood, both confused with being Leucocoprinus Birnbaumii.

How to know if the yellow mushroom in your houseplants is really Leucocoprinus Birnbaumii?

Well, use this formula:

This fungus loves to grow near different healthy plants while other yellow mushrooms grow away from plants, such as on the tree trunks or near the sea, streams, or any water pond’s soil.

When you see a yellow head popping along with your beautiful plant, in the pot or in the greenhouse where the soil is dense, moist, and watery, call it Leucocoprinus Birnbaumii and try to find ways to get rid of this weed immediately.

Along with this, you will also have to know its physical attributes:

Cap is the top part of your little yellow mushroom. It looks just like an umbrella and gives the same function, i.e., protection.

Cap protects the gills and seeds and cannot be seen without a microscope.

From a baby fungus till it gets mature,

As it is called a yellow Dapperling, so of course, it appears yellow.

It has bright yellow color as a baby while mature Dapperling becomes pale yellow, but not with a brown center.

The shape of the cape is more oval (egg-like) when it is young.

When mature, the shape becomes broadly conical, convex, or more like a bell.

The texture of the cap has fine scales on it.

A margin line appears on the center till maturity.

Lamella, also called mushroom gills, is a rib-like papery hymenophore under the cape of mushrooms.

It is not present in all mushrooms but can be seen in the Leucocoprinus Birnbaumii.

The function of the lamella is to help mother mushroom disperse spores or seeds.

Lamella of Leucocoprinus Birnbaumii is free from the stem, has short yet frequent gills, with recurring patterns.

They can have a bright yellow to pale yellow color.

To support the cap, there is a stripe-like structure called the stem.

The mushroom stem is mainly used in cuisines because, more often, it is non-toxic.

However, that’s not the case with this flowerpot parasol.

To determine the size of the stem, the formula is:

This yellow houseplant mushroom has 3 – 10 cm length while 2–5 mm width or thickness.

From the base, the stem is even thicker, which gives a swollen feel.

It also has pale yellow to whitish-yellow color.

The texture is the same as the cap; dry and powdery.

However, it doesn’t have spores or gills; it is bald.

You can also see a fragile yellow ring on it that keeps appearing and disappearing.

Trama is also called flesh because of the fleshy portion inside the mushroom fruit body.

Here is what you need to know about the yellow mushroom flesh.

Birnbaumii has white and very liquidy flesh, which’s toxic for humans and animals, but not for the plant itself, just like galerina marginata

It has the same sickening odor that most mushrooms have, like dead organic plants or decaying leaves.

You can also say they smell like the thick bushy forest after the rain, like a corpse.

Yellow Mushroom in Pots – How Harmful it is:

Let’s know if it is harmful, edible, toxic and what sort of harms or benefits it can bring to your plant.

Some insights on mushrooms:

First of all, though mushrooms grow like plants in the pots on the tree trunks, near ponds, still it is not a plant or animal but fungi.

Fungi have their own kingdom, different from plants and animals.

You can see them grown on dead plants.

That doesn’t mean if you see a yellow pod in your pot and call that your plant is really dead.

You use several types of organic materials as fertilizers to grow your plant.

Though matters are organic, there can be some dead organic pieces too, which becomes the reason for this mushroom’s sprouting.

Make a note, even if it is not considered harmful for living plants, still getting rid of these poisonous toadstools is necessary.

These are harmful to humans and hence shouldn’t be near to the beautiful edible plants.

By growing side by side, toxicity may or may not transfer.

Getting rid of this fungus is necessary.

How to Get Rid of Yellow Fungus in Soil?

Here are steps to follow to get rid of the fungus of Leucocoprinus Birnbaumii:

All fungus types, including this one Birnbaumii, love dark and wet places to grow.

So, the first thing to stop their nurturance is changing the pot or plant’s location to a place with lighter and less airflow.

In some cases, fungi die just there.

However, if you have a whole nursery or plants that need air and shades to grow, only this step will not help.

Removing the fungus is necessary. For this, try to unroot the plant using any tool that reaches underneath and unroot the Birnbaumii from the ends.

To ensure you don’t harm your original flower’s roots, try to use a gadget like a standing plant root remover.

You can also use homemade spray.

Gather ingredients like 1 tablespoon of baking soda and one gallon of clean freshwater.

Tip: increase the quantity of baking soda if the fungus is stubborn.

Mix them both and store in the spray bottle.

Now spray from time to time until you see that fungus is no longer growing again.

For a larger area, like a greenhouse or nursery, use spray guns to cover the area thoroughly

There are many types of herbs that substitute therapeutic and germ-free impacts of expensive medicines.

Such an herb we have is cinnamon.

You can sprinkle one pinch of cinnamon in the pots, week after week, until the whole signs of fungus go.

Make sure to keep up with the quantity low or affect the root of the original plant. 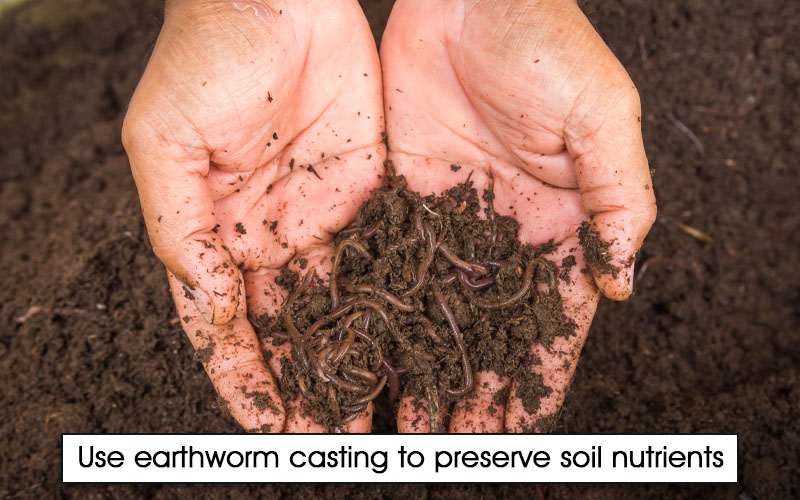 Rejuvenate the soil’s fertility. Use earthworm casting in this regard.

Try to apply a 1-inch layer above the soil.

Lastly, if you see that still, the growth of the Leucocoprinus Birnbaumii is there, using the chemicals or getting rid of the plant pot remains the only solution.

Chemical sprays come in handy if you see the fungus in the whole nursery or a large area.

All with this, you need to beware of similar houseplant fungus species.

Remember, houseplants are not just under attack by yellow Dapperling, but there are so many more types too.

Here are some species similar to Birnbaumii:

This is all about plants and their health, and how you can easily get rid of these fungi in your plants.

We hope you have enjoyed this guide. For any queries, please write to us.

Also, do not forget to check how to get rid of weeds, because that’s the other problem for us, gardener lovers.