There are thousands of plants around us today.

But hardly a few of them are called by name, and the rest we remember by their beauty, features like flower colors, leave-shapes, height, etc.

And while we are always on a hunt to find unique and beautiful plants to be grown at home, there are, in fact, some plants that leave a permanent impression on us

For their sheer beauty and distinctiveness.

Won’t it surprise you if your lawn is moved into your fish aquarium? Of course, yes, so here it is.

Utricularia graminifolia (UG) is a perennial grass-like plant that you can grow in your fish aquarium. So, are you ready to explore it?

What Is Utricularia graminifolia?

Commonly known as Grass Leaved Bladderwort, Utricularia g. is a grass-like plant that grows in water and eats insects.

It belongs to the genus Utricularia which is a genus of carnivorous plants having 233 species, among which Utricularia g. is one.

It is aquatic as well as terrestrial – which means it grows both in and out of the water. But it grows best inside the water.

It is native to the countries of  Asia, including Burma, India, Srilanka, Thailand, China, and Vietnam, where it is found in the swamps, wetlands, and coastal areas.

Unlike other plants that can be grown in pots, UG does not grow this way. The leaves of this plant look like grass.

They are up to 2-8cm long and up to 2mm wide. All the leaves are connected to a base called runner.

Under good conditions, it grows wide and becomes dense to look like a lawn.

It has small vesicles present on the base of the leaves, which are traps through which it catches insects.

We also find a dry grass type, that grows well in the scarce water conditions and makes an excellent staple food for livestock, horses, and other animals. 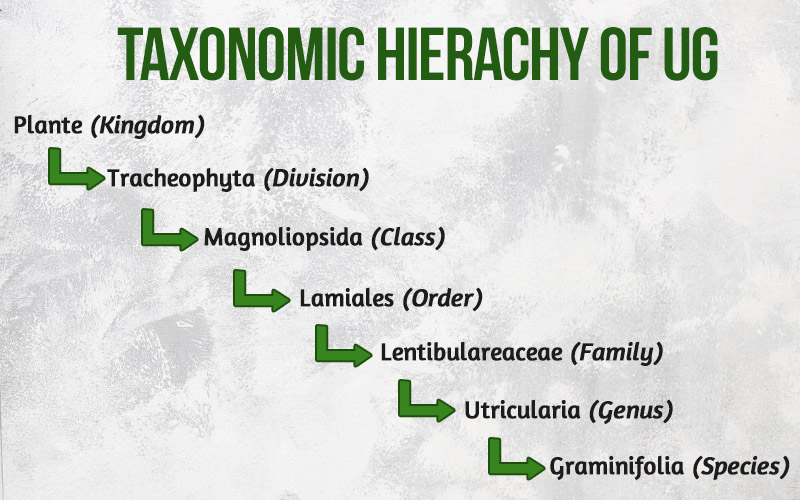 The above hierarchy is a brief overview of the classification of Plant Kingdom, Plantae, which ultimately leads to the Utricularia g. plant.

How to Grow Utricularia graminifolia?

Most aquarists misunderstand it as a normal aquatic carpeting plant. It does not grow with the traditional methods; instead, it grows in a completely different manner.

By nature, UG is not a carpeting plant. Instead, it is a floating one that attaches itself to any object that comes in place.

Let’s look at a few of the methods which are commonly used to grow Utricularia g.

Under this method, the UG Aquarium Plant is grown terrestrially in a high humid environment.

In the first week, it grows clumsily, which means growth on top of itself instead of shooting runners first.

Since it does not have roots, it creates the problem of stability.

Once the significant height is reached, and the carpet formation starts, the tank is filled with water.

After which the plant continues to grow and develop a carpet in the substrate.

But, as a cycle is close to ending, ammonia starts to leach, leading UG to wither.

It is because Ammonia starts to damage it from the bottom, which is not noticeable in the beginning, but once it increases, it results in the uprooting.

Ultimately, the Utricularia graminifolia carpet detaches itself and floats on the surface.

In short, under this method, the base of the carpet is not stable.

Under the Tidal Marsh method, tissue-cultured Utricularia graminifolia is tied down with some mesh structure filled with substrate.

The mesh structure stays at the top, whereas at the bottom of the aquarium a layer of Dragon Stone is spread.

Finally, a water pump and reservoir tank is fitted in the aquarium to create the natural ebb and flow of the water.

The reason behind this is to replicate the natural environment. No fertilizer or carbon dioxide is used.

After a few days, the Utricularia would start to grow filing in crevices and creeping along the stones.

No Utricularia graminifolia melting or uprooting occurs in this method. Instead, carpet grows much faster.

Peat Moss is one of the best methods to be followed.  The base in this method is the key.

The first layer of the aquarium is made with peat moss, after which it is covered with a handsome amount of gravel.

Then UG is planted with a distance of an inch with each other, approximately.

No Carbon dioxide, fertilizer is used in this method. Surprisingly, you will notice that the carpet will grow much faster.

The obvious reason is that the substrate is poor in nutrients and rich in acids having tiny organisms, like algae, in it, which serves as a meal for UG.

This method also causes Utricularia graminifolia flowers to grow, which is very rare in UG.

1. Does not Require Specific Temperature

Since this aquarium grass is wild in nature, it does not require a specific temperature to grow.

2. Put it Under Moderate Light

Medium to the high intensity of lighting is required for it to grow normally. It means from partial sun to mild spotted light: 10-14 hours a day.

Usually, water with a PH value of 5-7 is considered ideal for UG. Tropical water with poor nutrients and high acidity is good for UG’s growth.

Carbon dioxide is not necessary for UG’s growth but grows much faster if CO2 is injected too.

5. Trim Once it Grows

From the time you planted it in the substrate to the time of full carpet, it takes about three months.

During which you need to trim it several times for equalizing the height of the leaves and ensuring better growth.

Some people being unaware of the techniques to grow UG, usually fill it their tank with aqua soil.

And when it fails to grow, they add fertilizers, which is wrong.

Soils like Amazonia for UNS Aquariums are rich in nutrients and does not suit this plant’s nature. So, use eco complete that lacks nutrients along with gravel.

Alternatively, add peat moss under the gravel layer and let it sit for a few days.

Use RO Water (Reverse Osmosis) for this plant, because this plant prefers softer water, which is under 100 TDS (Total Dissolved Solid).

Usually, our tap water and mineral water have a TDS value between 100-200.

Don’t use fertilizer for this plant, especially during cycling; otherwise, it will kill the plant.

Don’t use too much light; instead, just an adequate amount of light is needed.

Under intense light, it will produce bright-green colored leaves, whereas, under low light, the leaves will be darker and lush.

You don’t have to have CO2 running in your aquarium.

Make sure you have the microorganism ready for this plant, which is mostly done by Peat moss.

Inside the Carnivorous Nature of Utricularia graminifolia

All the plants belonging to the genus Utricularia, like Utricularia Bifida, have vacuum-driven bladders attached to their runners.

If we look at Utricularia graminifolia feeding, we’ll get to know that it has the most sophisticated system of trapping its prey than all other carnivorous plants.

The bladder shape is similar to fava beans. Although bladders have a vacuum inside them, still, they are able to maintain their shape.

The bladder wall is thin and transparent. The mouth of the trap is oval in shape and is not closed by any lid but by thickening of the bladder.

The mouth is surrounded by antennas, which is a double-edged sword.

On one hand, it keeps larger animals away, and on the other hand, it guides the prey to the entrance.

As opposed to other carnivorous plants like Dionaea, the trapping system of this aquatic Utricularia is mechanical and does not require any action from the plant, except pumping out the water from the walls of the bladder.

As soon as the water is pumped out, the bladder walls are stretched inwards, and the mouth is closed.

The prey inside is then consumed by the plant, extracting nitrogen and phosphorus from it.

Why Should You Grow Utricularia graminifolia?

1. An immense Beauty to Your Aquarium

What can be more beautiful than the wave of lush-green grass in your water tank that gives a cool and pleasant look to your room?

Literally, it’s like your lawn has been moved to your aquarium.

Be it Utricularia graminifolia terrarium or your favorite fish tank with UG, initially, it may take some time to spread, but once it starts, it grows fast.

The grass in the water will be a regular course of discussion among your family members and friends whenever any of them takes a glance over it.

2. Easy To Grow and Maintain 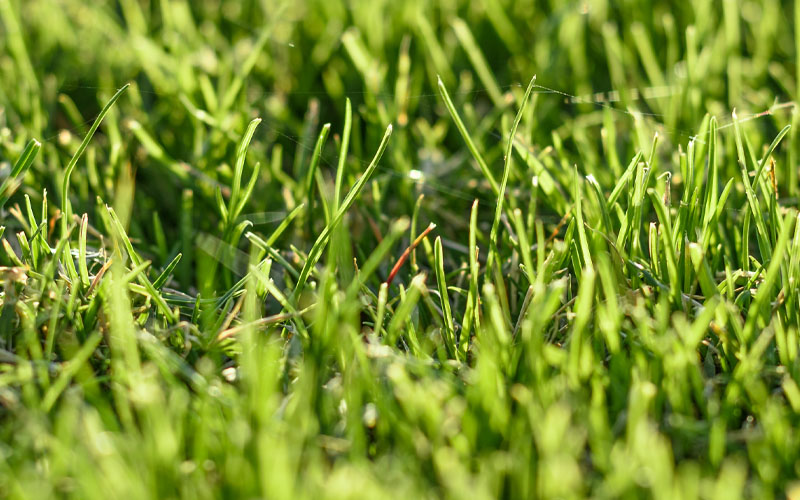 As the origin of Utricularia g. is the peatlands, swamps, wetlands, and coasts of streams, it grows pretty fast without special conditions, like particular weather or direct sunlight.

For those who love gardening and want to use their enthusiasm and passion indoor, Utricularia graminifolia planting is the best way.

Why? because right from planting to trimming, it keeps you busy. 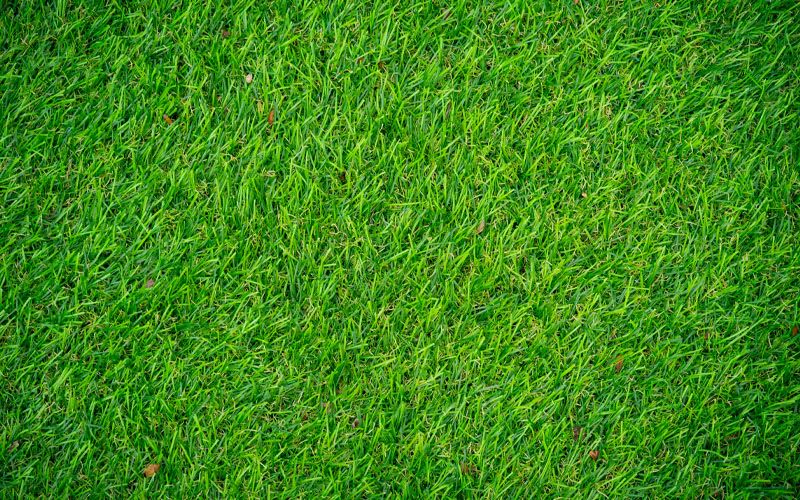 Instead of artificial plastic grass that is detrimental to the fish-fry in your bladderwort aquarium, try this natural grass that can make you feel relaxed when you watch it.

The importance of green space is widely accepted worldwide. Even studies have shown that green space plays a pivotal role in the mental health of people watching it.

1. Can Utricularia g. eat fish fry in my aquarium?

However, the fish fry is too big to be caught in its bladder. So, you can add fish fry without any concern.

2. What does Utricularia graminifolia eat?

Being carnivorous, it relies on small aquatic creatures to survive that’s usually present in peat moss.

So, the idea of putting Utricularia graminifolia and shrimps together in the fish tank is not good, as the new offsprings will be eaten up, whereas only adults will survive, which also would die pretty soon.

3. How do you plant Utricularia graminifolia?

4. How do you grow Utricularia graminifolia (UG)?

You need an aquarium of normal size, gravels, light source. You may find Utricularia graminifolia for sale on many horticulture websites.

Once you buy it, untie it and sow it in the tank, assuming you have made the base of the aquarium with peat moss as described above.

5. Where can I find Utricularia graminifolia seeds?

Like ordinary grass, Utricularia g. grows with a bunch of itself, having some runners attached already.

To grow it in your fish pond, just buy it online or get a handful bunch from any friend of yours who‘s already growing it.

Eating of Blasserwort happens if it is grown as a terrestrial plant. Animals that eat bladderwort include wood-ducks, mallards, and turtles.

Bladderworts also produce nectar when they bloom from May to September. Honey bees and flies unintentionally act as pollinators while eating nectar from its flowers.

UG is one of the most innovative ways to brighten up your fish tank. Instead of using fake grass, use actual grass that looks like a lawn.

The conditions it needs for growth are typically found in our homes, irrespective of the geographical location.

Moreover, it’s carnivorous nature does not let any unwanted organism to grow that otherwise makes your aquarium look dirty.

So, are you planning to grow Utricularia g. in your aquarium? Let us know in the comment section.