Food is made delicious by using various kinds of herbs and spices in dried and fresh form, and rosemary is something that can be found in every kitchen, and there would be hardly any person who cannot recognize this herb.

Moreover, it is the only herb that is used equally in fresh and dried form; its aroma is something for which rosemary is most favored yet, the taste of this mouth-watering Green Herb is also not any less as it adds so much flavor in the cuisines.

Here is the complete spice guide for rosemary substitute for all those wondering, what can I replace rosemary with: before that, let’s know the herb completely.

Rosemary is an evergreen perennial herb used as a spice all over the world. The name of this herb is derived from the Latin language “Ros Marinus,” which means “Dew of the Sea.”

How to identify Rosemary? 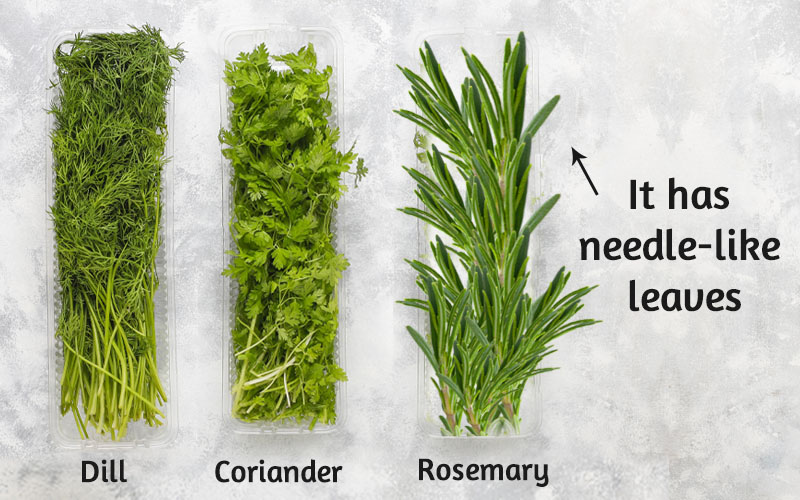 If you want to identify rosemary spice, it has needle-like leaves. The plant has also got flowers in white, pink, purple, blue hues that grow around Mediterranean regions. However, the herb is with no trouble available all over the world, and it is one of the most used spices in eastern, western, and all other types of cuisines. 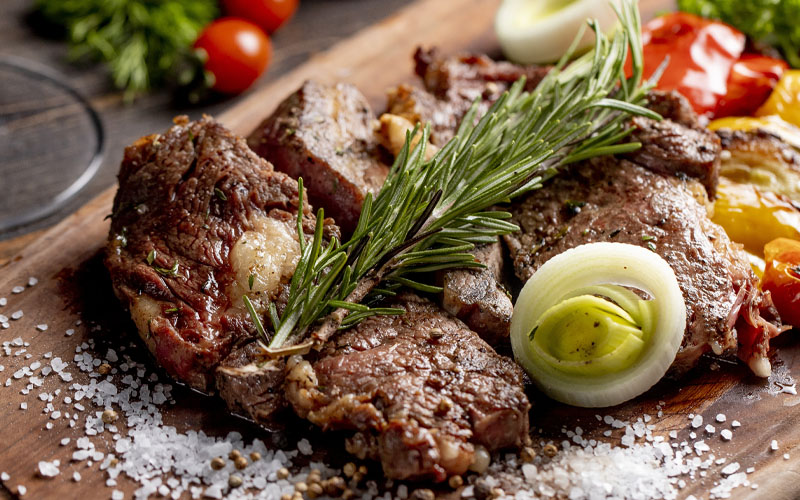 Rosemary is a rich-in-taste herb or spice, used in both dried and fresh form, and varies slightly in both ways. However, if we talk about the exact taste of rosemary leaves or rosemary spring, it has an ambient flavor like lemon-pine. Not just this, it also has a peppery and woodsy taste at the same time that makes rosemary springs extremely compassionate for BBQ.

When it comes to rosemary in dried form, it is more loved for its tea-like aroma resembling charred wood. However, the taste of dried rosemary is also not any less than the fresh rosemary. In simple words, rosemary tastes so diverse and loved by the chefs and eaters for its fragrance and aroma.

What Is A Substitute For Rosemary? 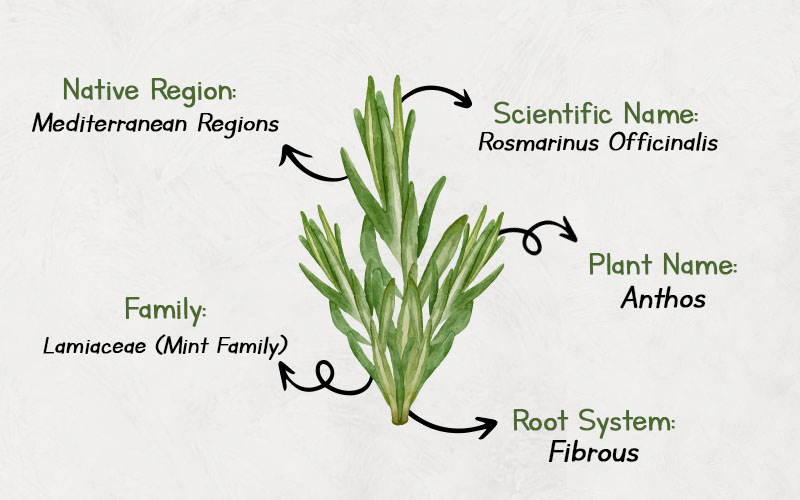 The Substitute For Rosemary is a herb or spice, fresh or dried, used as an alternative of the latter. These replacements are mostly used sometimes when rosemary cannot be found in the kitchen or chef is in the mood to do some experiments.

Anything other than rosemary, equivalent in taste and properties of the rosemary, can be termed as a great alternative to be used. Herbs like thyme, savory, tarragon, bay leaves, and marjoram, etc. can be excellent replacements of rosemary.

Rosemary has the utmost therapeutic and medical benefits and makes food not just tasty but also healthy.

In the next line, we will discuss a list of the good substitute for rosemary along with its recipe substitutes where it can be easily harmonized. 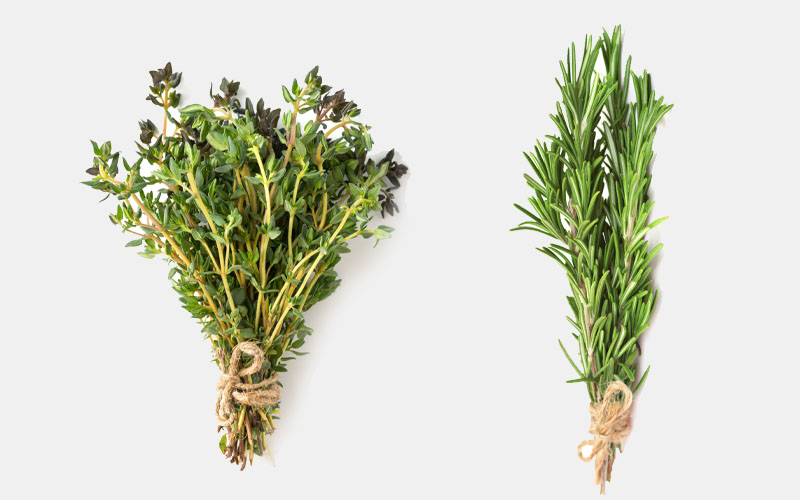 Thyme is an excellent herb that belongs to the same family as rosemary, i.e., mint. Hence both herbs can be used as each other’s alternatives, for example, rosemary as a substitute for thyme and thyme as an alternative to rosemary, especially in dried form.

Well, its belonging to the mint family, tart lemon-like taste, and aroma of the eucalyptus; all these three things make thyme an excellent replacement for rosemary. Thyme can be identified with its fragrance and flowers that come in various shades like white, pink, and lilac.

Secondly, its easy availability is also what makes it the best sub for the spices. You can get it from herbal stores as well as grocery stores without any problem. Moreover, the price of the herb is also not too high.

Thyme can be a super tasty and rich-flavored substitute for rosemary for the dishes like:

Quantity Of Thyme To Substitute Rosemary:

All the recipes in which dried rosemary is used, thyme can be added as an alternative. However, for amount, there is no hard and fast rule, so you don’t need to go wizard here, simply add thyme as per your taste for the perfect recipe.

Dried rosemary can be an excellent alternative for fresh rosemary in case the latter is not available in your kitchen. Fresh rosemary is found in the form of leaves that are pure-green in the texture and are shaped like needles. If these leaves are kept too long in the open air, they get dried and still useable with aromatic taste and richness of flavor.

Before you go for substituting dried rosemary to fresh, you must know the pungent taste differences between both. Fresh rosemary is more pungent than the dry one and used three times lesser.

If a recipe requires one teaspoon of fresh rosemary leaves, make sure to substitute it with one tablespoon of the dried herb because,

Also, when you Substitute Dried Rosemary For Fresh, add the spice herb at the end of your cooking session for better taste. 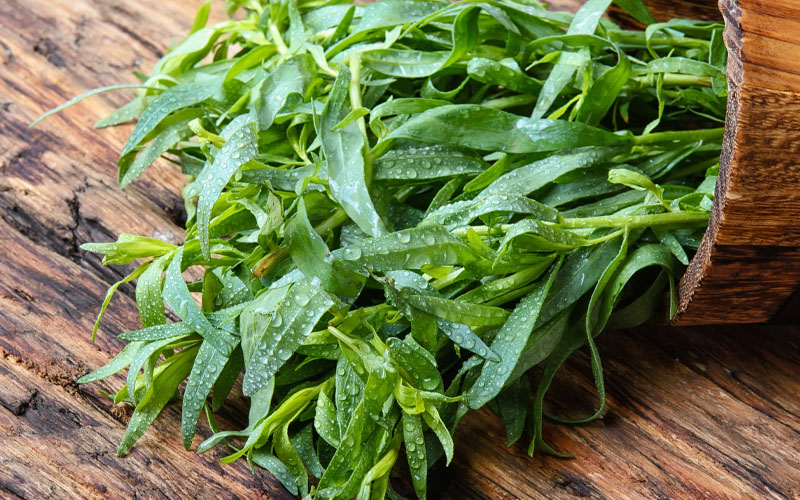 Tarragon is one of the most demanded herbs for French and Italian cuisines. However, have you ever wondered what can I replace tarragon with or tarragon can be a good substitute for which herb, the answer is simple, Rosemary.

What makes tarragon the best replacement for rosemary?

The benefits of tarragon herb are enormous and too many due to which it can be an excellent and great replacement for herbs like rosemary, thyme, and chervil, etc. Tarragon is also a perennial herb that means you can find it throughout the year, available in abundance in North America.

The taste of tarragon is strong and assertive, yet it can be almost similar in the flavor that of dried rosemary. Hence, when it comes to dried substitutes of rosemary, tarragon alternative to rosemary can be used in equal amounts.

Tarragon is not so famous; however, for pungent taste recipes, for example, while making vinegar and sauces, tarragon plays a very tasty and delicious roll. You can also use it to make:

Savory is another herb with extremely diverse flavors for different seasons that’s called as summer savory and winter savory. Both types of savory spice are available and used for different kinds of dishes and cuisines.

Both summer and winter savory spices are diverse in taste, and summer savory is considered most close to the taste of rosemary. Satureja Hortensis is the plant name used for the summer spice of savory.

The amount can be the same for dried rosemary because it has a less bitter taste when the herb is from summer plant. On the other hand, if you want Savory spice replacement, replace it with fresh rosemary, make sure to increase the quantity; however, it is not recommended.

Savory and rosemary are used together as well in some cuisines for better taste. Savory replacements are used in making pork in the regions around Canada. When substituted for rosemary, it comes best for dishes like

Savory spice is much used in herbal medicines for its therapeutic benefits, especially in toothpaste and in drugs to cure diarrhea. 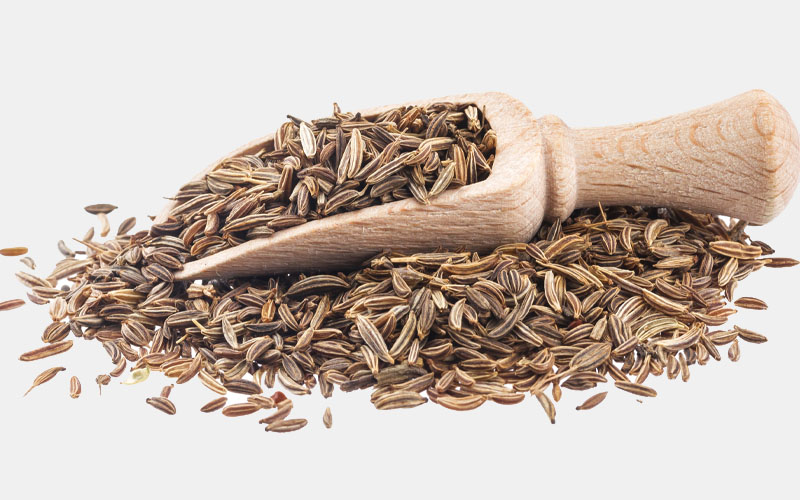 Caraway is a biennial plant, well-known as meridian fennel or Persian cumin, which belongs to family Apiaceae. The plant is native to Asia, Europe, and Africa. The plant as a whole is not used, but its seeds play a tasty role in many dishes by working as a spice ingredient.

Caraway seeds are replaced with rosemary due to its rich aroma that lasts long and makes dishes tasty as well as fragrantly lasting. Caraway seeds are used in traditional cuisines of traditional British families. The use in making cakes is something where you can feel the exact taste of these rosemary substituting seeds.

As caraway seeds are less intense in the taste than the rosemary, therefore, must add a considerable amount of them in the dishes when you Substitute Caraway Seed. However, here, you will have to deal with the extra-fragrant aroma.

Caraway seeds are alternated for rosemary when it comes to making diverse types of dishes like:

The power of the seeds is sprinkled all over.

Commonly known as sage, and officially Salvia officinalis, it is an evergreen subshrub from the mint family, Lamiaceae. You can find it in abundance and quite easily in the Mediterranean regions but other parts of the earth as well.

Sage is not the best substitute for rosemary; however, due to having aromatic texture, it can somehow play the role of the alternative. Sage has a vibrant aroma that looks awesome in breakfast and dinners.

As far as volume is concerned, you can use any,  according to your likeness of the aroma of the herb. Once more, remember that Sage Substitute doesn’t have the same taste like rosemary.

Dishes, which are already spicy and tasty, sage can alternate rosemary in them. For example, sage can be a good substitute for: 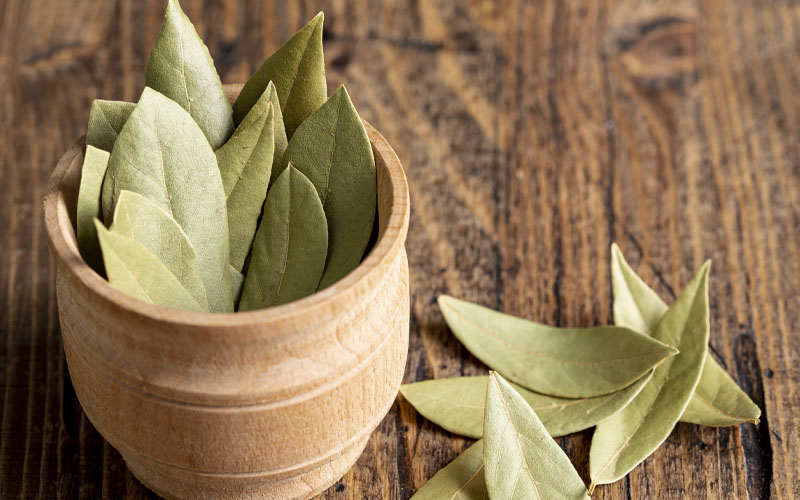 Bay leaves are another spice used for their aromatic texture in a wide range of cuisines and dishes. Leaves are rich in taste and used in salty food items; however, once the meal is ready, these leaves are separated from the recipe and trashed. These are not used for eating. The texture of the leaf is dry.

Bay leaves, though, have the same texture; however, their taste varies region wise. These are widely available in Asia and used to enhance dishes like rice and meat to enhance the flavor. People use it as dry as well as green in powder form or as a whole.

One Bay leaf alternative is enough to add the flavor of rosemary in the cuisines.

Bay leaf can be an excellent rosemary substitute for lamb. 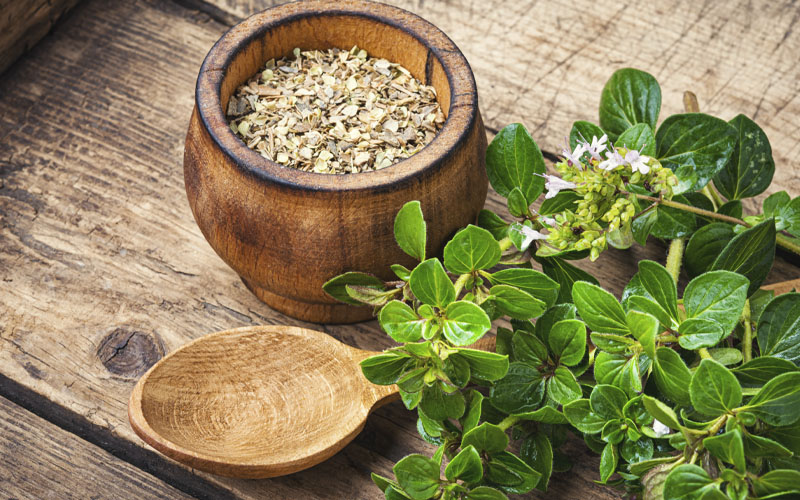 Majoram belongs to the Origanum family, available in colder regions; however, it is different in flavor from the other herbs belonging to the same family. If you want to know the taste of Marjoram herb, compare it with thyme. Thyme is just like marjoram, and as thyme is an excellent substitute for rosemary, so is the Marjoram.

The best thing about using marjoram in the place of rosemary is the health benefit of this herb. This herb is rich in sodium and good cholesterol. It is also very rich in nutrition, yet it tastes very flavory. Therefore, it is used as a replacement for rosemary to enhance the healthiness of dishes.

The amount of Marjoram can be kept equivalent to the amount of rosemary because Marjoram alternative for rosemary is considered excellent.

Marjoram is the best herb to use for skin care because of its ability to fight with acne, wrinkles, and other skin issues that are caused due to aging.

This is all about Rosemary substitutes and alternatives that you can use in different recipes. Do you know rosemary alternatives anymore? Do share with us as we love to hear from you. Also, do check the rest of the blogs if you want to have the best things in your kitchen.