Peanut oil is loved best for its high smoke point.

But when you’re searching for peanut oil substitutes, the reasons can be many, such as:

So, what can be the best replacement or alternative of peanut oil that you can use without compromising the pleasant smell, the smoke-effect, taste, and health benefits of peanut oil?

When you need to replace the ingredient, the most suitable peanut oil substitute is sesame oil, as it shares a similar nutty flavor.

However, sesame does not have similar cooking characteristics; you should use sunflower, grapeseed, or canola oil.

Here are all alternatives discussed in detail: 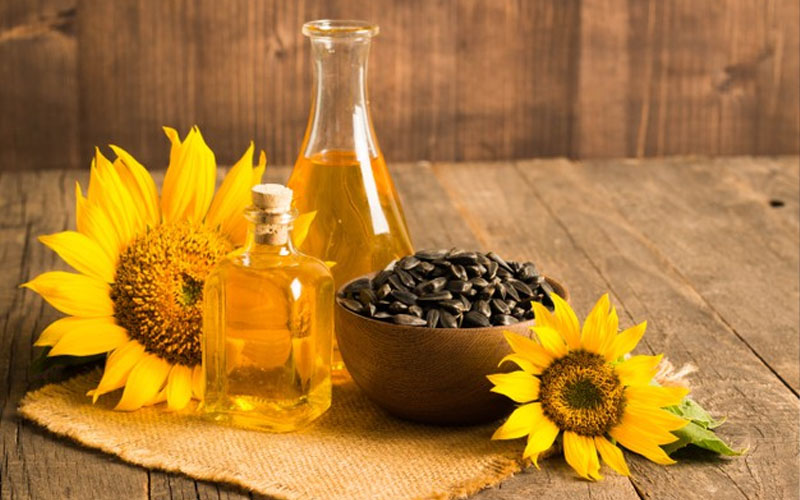 Sunflower oil is a great substitute for peanut oil, as it’s free from fats and contains a good amount of oleic acid.

Oleic acid is a monounsaturated omega-6 fatty acid that helps reducing cholesterol and the glycemic index.

It’s also one of the most used oil in the world owing to its long shelf life. Among the numerous health benefits it provides, it has oleic acid, zero fats, and vitamin E.

The smoke point of sunflower is another reason it is considered a replacement for peanut oil, about 232°C.

Like peanut oil, it also comes in two varieties, Refined and Cold pressed.

The refined one is the one that we usually use at home. It’s yellowish in color.

On the other hand, cold-pressed is amber colored and has a mild taste.

Arthritis Foundation revealed that sunflower oil might lead to inflammation and joint pain due to omega-6s in it. 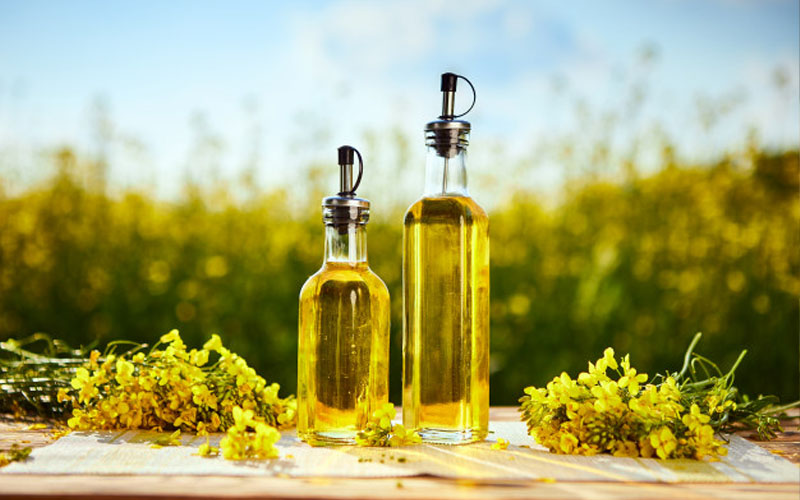 It’s the best answer for your query, like what can you substitute for peanut oil.

It’s a great alternative to peanut oil, with many proved health benefits. It has the essential Omega-3, which is otherwise found in the fish, and Lenolied acid, omega-6.

It’s more beneficial if used without heating because it retains most of the fatty acids suitable for the circulatory system.

In addition to having a high smoke temperature of 204°C, its flavor is not-so-strong as well.

Both high-oleic sunflower and semi-refined sunflowers can be used as a replacement for peanut oil.

Obtained from the seeds of the safflower, this oil is much preferred as a peanut oil substitute because of its high smoke point, that is, 266°C.

The oil is colorless, yellowish, and does not freeze in cold temperatures. It’s also a substitute for vegetable oil.

Both high-linoleic and high-oleic safflowers are available in the market.

Use this alternative for:

Grapeseed oil is also another common alternative to peanut oil because of its high smoke point. It’s actually a by-product in the process of making wine.

Rich in omega-6 and omega-9 and free of cholesterol with a smoke point of 205°C, grapeseed oil makes the best alternative for peanut oil.

However, grapeseed oil is a little expensive like virgin olive oil and is also not recommended for deep frying. But you can use it for: 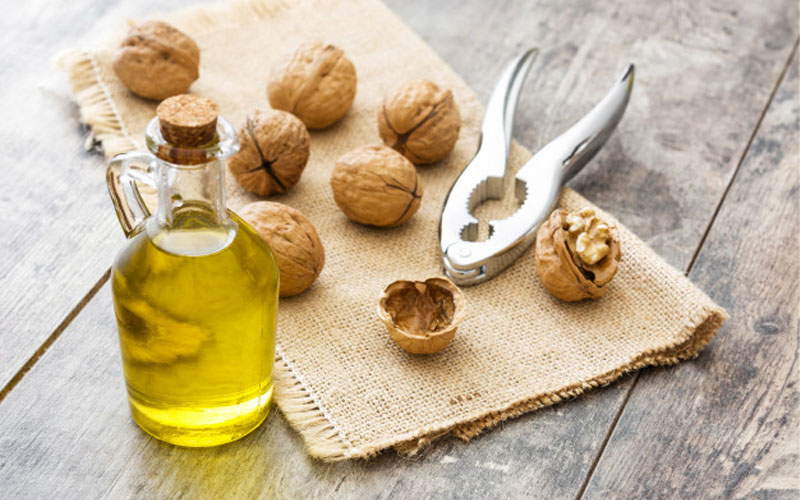 The peanut oil substitute that tastes the best is Walnut Oil. Walnut oil is extracted from walnuts by drying and cold-pressing them.

It’s much viscous than other oils and has a rich flavor. Both its variants, cold-pressed and refined, are much expensive, especially cold-pressed ones.

Use walnut oil as a peanut oil substitute in: 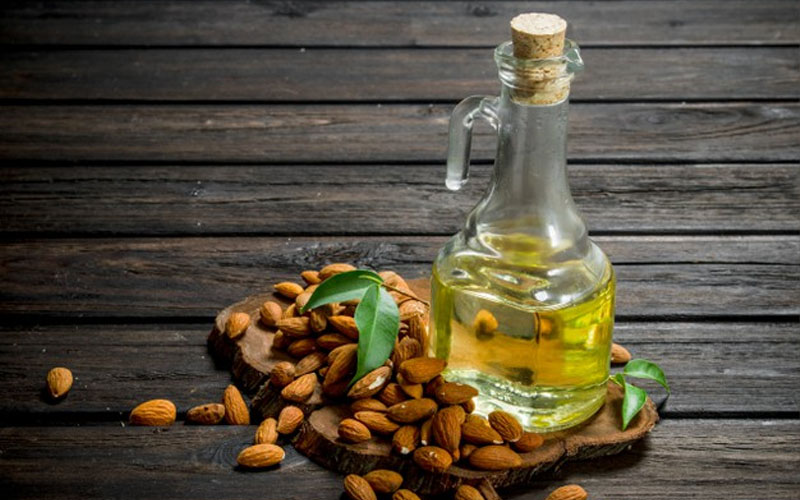 Besides being a coconut oil substitute, Almond oil is also an alternative to peanut oil, too rich in monounsaturated fats and vitamin E.

Peanut oil is a vegetable oil substitute and vice-versa. Vegetable oil is the cheapest option to use as an alternative for peanut oil.

Vegetable oil can be of any particular vegetable extract or a blend of different vegetables, like palm, canola, corn, etc.

That’s why the amount of saturated, unsaturated fats cannot be attributed to this oil randomly.

Also called maize oil, corn oil is also one of the cheapest yet healthier peanut oil alternatives. Like peanut oil, it also has a high smoking point, that is, 232°C.

Oil is obtained by the traditional method. That is by pressing and extracting the corn germ with hexane. It can also be obtained from corn kernels or corn fiber.

It’s easily found anywhere in the world. An equivalent amount of corn oil is sufficient to replace peanut oil. However, experts don’t recommend using it much, for it has too much polyunsaturated fats.

There are more than eight choices available when it comes to the replacement of peanut oil.

The list is not exhaustive; because they are the closest matches.

Other options are to substitute avocado oil for peanut oil, too; not entirely in all dishes, but you can use it as peanut oils cover for pad thai because both are mild oils.

Some peanut oil substitutes like olive oils have not been included in the list because that’s not fit for deep-frying and high-temperature cooking.

The alternatives we have mentioned, you can use them without a worry.