Myrtle, a Genus with more than 600 types of flowers of love and marriage.

Myrtle flower is being used in wedding ceremonies, valentine celebration, and love connections because of known good luck symbols for marriages, prosperity, and chastity.

Myrtle flower meaning has been expressively associated with innocence, purity, good luck, and prosperity, respected by many ancient cultures. Even still, the flower is considered for one symbol, that is love. 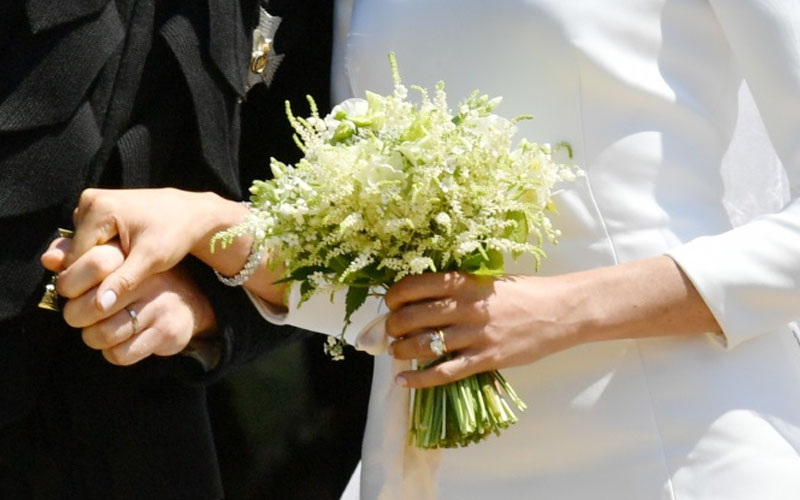 The myrtle flower bouquet given to the newlyweds symbolizes a wish of good luck in their lives, marital fidelity, and love between the couple.

Due to this, used widely by royal families. In Prince Harry’s wedding, Meghan Markel was carrying white Myrtle flower bouquet.

Just like the royal wedding, it’s used in thousands of other marriages too.

For a long time, myrtle is believed to bring wealth and prosperity if grown inside one’s home, just like the money plant.

Myrtle symbolizes chastity, sincerity, love, and faithfulness. Using it by couples expresses that they will remain faithful with each other in all matters.

The connection of myrtle flower with love is not so new, as the traces meet with Greek orthodox cultures where Myrtle plant symbolized pure and innocent feelings of love.

You can still see the use of this very flower on honeymoon settings and celebrations of love days.

In Greek and Roman mythologies, it’s a symbol of peace and love.

The Bible symbolizes it as celebration and happiness, whereas in Judaism, it symbolizes justice, sweetness, divine generosity & peace.

Greek and Roman called this flower Myrtos and Myrtus, respectively.

According to Greek mythology, to distract Apollo, the nymph Daphne disguised herself into myrtle.

Myrtle was considered a symbol of love, peace, happily married life and was sacred to the Greek goddess of love, Aphrodite.

Also, in the past, at the end of each Olympics, the winners were crowned with myrtle wreaths.

Church floors were strewn with myrtle at Easter times too, and poets and playwrights in Rome were honored with myrtle garlands.

Even one of the titles of the Roman goddess of love, Venus, was Venus Murcia (land of myrtle), which represents the importance of this plant to them.

In the Bible, the myrtle is symbolized as a sign of celebration and happiness.

The first reference is found in Nehemiah 8:15, wherein the Feast of Tabernacles, people were asked to collect woods from the trees, including myrtle, to make booths.

Another reference is in Zechariah 1:8-11, where a man is described as standing among myrtle trees and enjoying the beauty of nature.

In Judaism, Myrtle is called Hadassah, a sacred plant among three others in the Feast of Tabernacles in 445 BC.

Myrtle is used as a metaphor of righteousness because of its fragrance, which spreads in its surroundings.

As per Queen Victoria’s journal, her husband, Prince Albert, himself, supervised the royal garden for transplanting of myrtles.

Since that day till today, myrtle is considered a royal flower to be given to queens and princesses. For this reason, it’s also called Victoria’s myrtle flower.

Myrtle flower is still a hot use in royal weddings such as prince William and prince Harry’s wedding.

purple Myrtle is a symbol of royalty, beauty, power, and prosperity. You can give it to your mom, your teachers, or someone you respect with all your heart.

Fuchsia is the color for women and so the fuchsia myrtle flower. It symbolizes femininity and makes a perfect banquet for the woman you love.

Pink is soft and so its meaning relates to gentleness, love, romance, and of course, feminism. A perfect gift for anyone you adore!

Whereas wax myrtle flowers do not look like ordinary flowers; instead, they can be better described as green mulberries hanging.

Crape Myrtle’s leaves are not that long; instead, they are more like those of orange.

Much different from these two, Wax Myrtle leaves are 2-4 inches long and ½ inch wide.

In addition to ornamental and medicinal uses of all three myrtles, Wax Myrtle is used to making candles, as the wax is extracted from its berries.

All myrtles are considered a sign of good luck and prosperity. For this reason, it’s presented on marriages.

This was all about myrtle flower, the meaning, symbolism, and importance. Are you planning to get myrtle flower? Let us know in the comment below.