Since its discovery in 2700BC, the black tea has gone through many stages – a rare luxury beverage to a daily need.

But as more and more herbal teas are getting discovered, the choice has become a bit difficult.

For this reason, we have to go deeper to see which one is more beneficial than the other.

The tea we are going to explore today is different from its counterparts because, unlike others, it is received from the plant, the fruit of which is very common in Asian cuisines.

And the tea is called Cerasee tea. So, let’s find what makes it so beneficial.

What is Cerasee Tea and what is it good for? 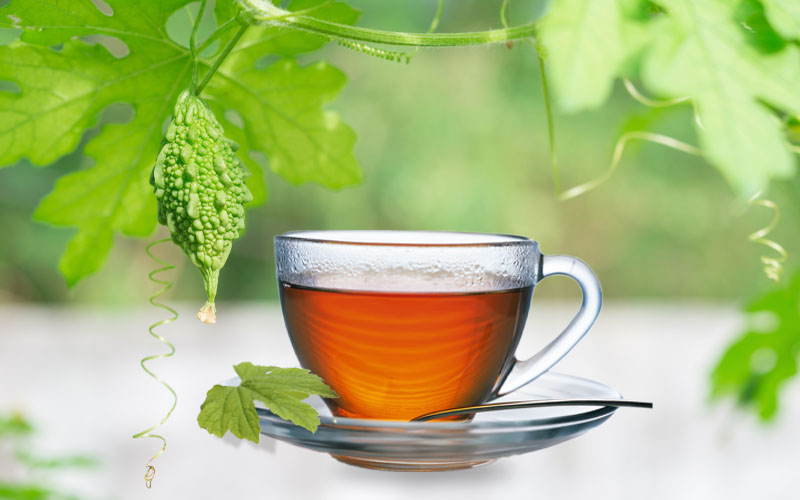 Bitter gourd’s fruit is the bitterest of all, and so is the tea made out of this plant’s leaves.

The scientific name of cerasee plant is Momordica charantia or better known by its common name, Bitter Gourd or Bitter Melon. It’s native to Africa, Asia, and the Caribbean. 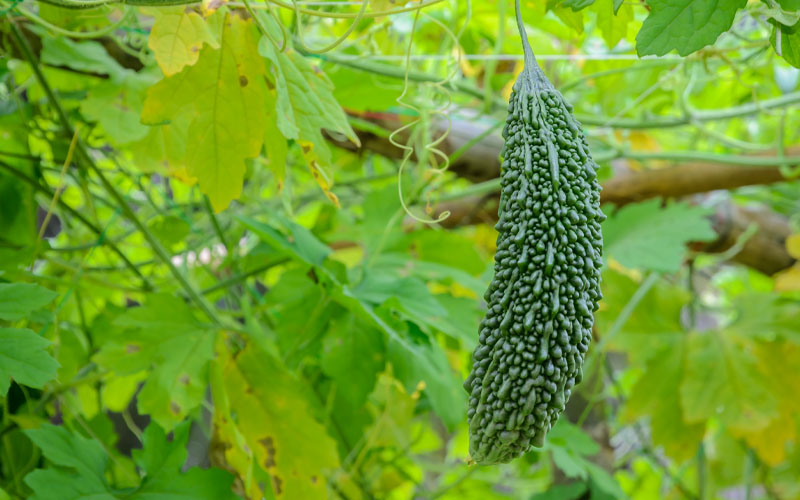 Cerasee plant is an annual, perennial sprawling plant which grows maximum up to three meters high.

The leaves are 4-10cm long, wounded in outline and lobed 5-9cm, giving the illusion of grapevine leave at first sight.

Yellow flowers do grow on Bitter gourd, but they are lesser in number.

The fruit is 2-10cm long and looks as if the longitudinal ridges and warts have grown on a cucumber. When completely ripe, the fruit turns red or orange.

What is the Origin of the Cerasee Plant?

Cerasee is a popular herb in the West Indies, where leaves and stems are boiled to make tea and treat many diseases.

Although the roots of cerasee can be traced to Africa and Middle-east, some believe it originated in India rather.

But we have less evidence to support that it originated from India. 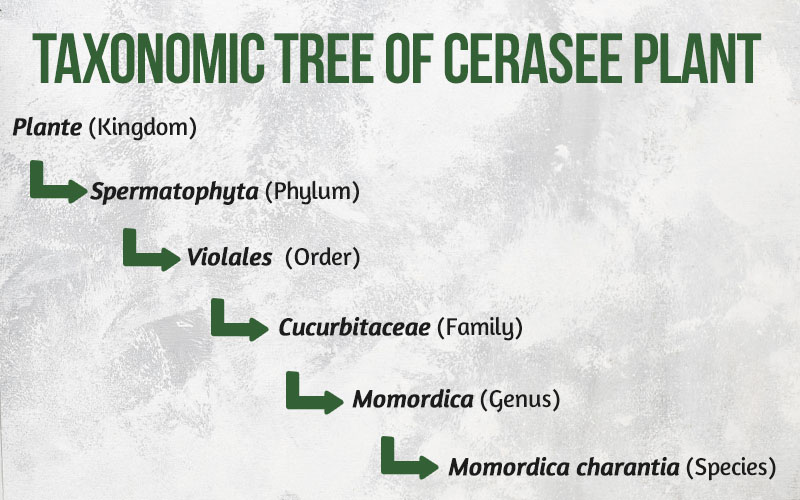 The famous Jamaican tea is rich in vitamins A and C along with Phosphorus. Also, the rich presence of de-toxicants and polyphenols make it healthier than any other herbal tea.

Let’s look at some of the Cerasee tea benefits we can get by drinking it.

Since the cerasee tea is rich in flavonol, a powerful antioxidant, it tends to decrease cholesterol levels in the human body, which ultimately reduces the chances of heart attacks.

A Brazilian research organization conducted a study to calculate the effect of cerasee tea on blood pressure and heart rate.

It was concluded that cerasee tea does perform the pharmacological activity and helps in lowering blood pressure and moderates heart rate. 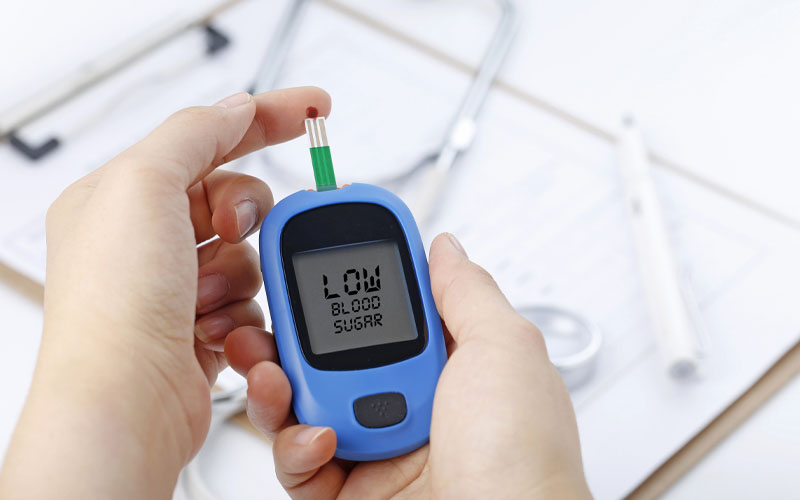 Is cerasee tea good for Diabetes?

Since cerasee tea is widely used in the West Indies and Central America to treat Diabetes, research was conducted to prove this property.

The study concluded that cerasee might apply an extrapancreatic influence to promote glucose disposal, which helps in lowering the blood sugar.

Along with the leaves, it’s fruit is also famous in regulating blood sugar.

The three substances found in its fruit, named charanti, vicine, and polypeptide-p, are the factors behind this property. 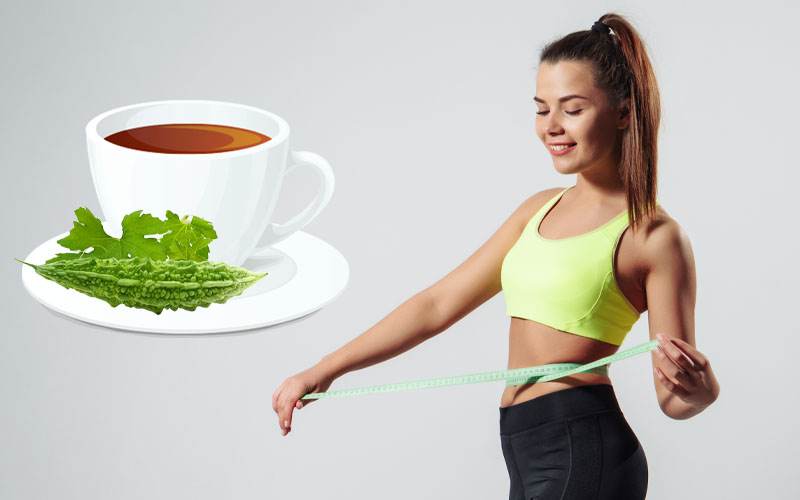 Over 70 million adults in the US are obese, which means almost 40% of the total Americans, as issued by NHANES in 2016.

These figures are staggering. It shows there isn’t one but millions who want to lose their weights.

So, is cerasee tea good for weight loss?

Well, in this regard, cerasee is known to be quite beneficial in burning fats.

So, it’s not surprising when this Jamaican-loved product has come to the United States, in the form of tea bags and sold widely. 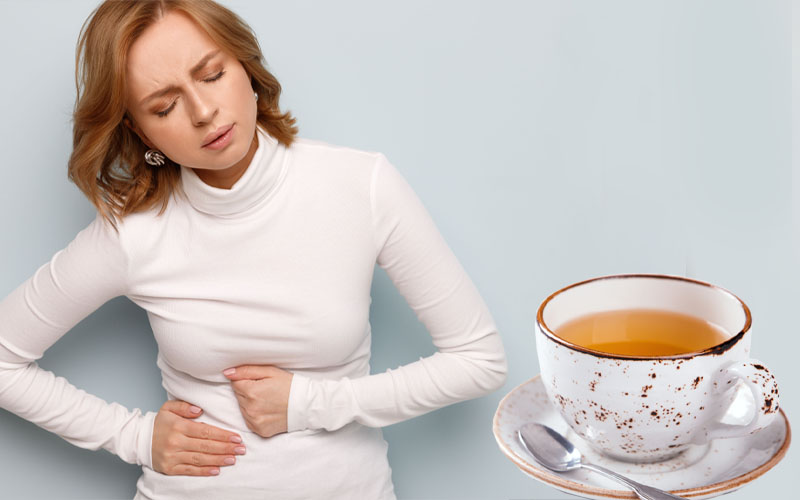 In addition to this, it maintains a good digestive system too. In Jamaica, moms are known to give it to children for rapid digestion.

Also, it’s well known for constipation due to its laxative properties. It’s also known to cure fever and colds in children.

7. Cerasee Tea is Good For Skin 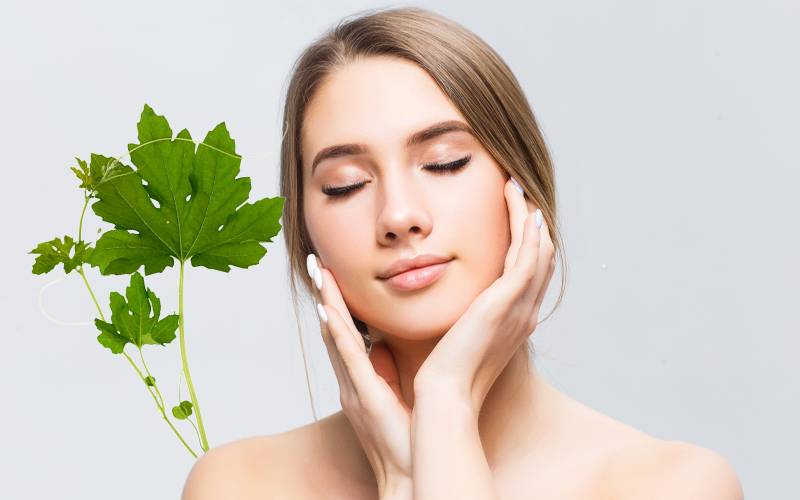 The correlation between nutrition and skin tone is high. Poor nutrition is reflected on one’s skin, in the form of acne, oily, or dull skin.

Acne is formed when the skin produces excessive oil (serum). A Jamaican dermatologist highly recommends cerasee tea for acne and other de-toxicants to cure bad skin.

Its skin improvement feature is well-known in Jamaica. Jamaicans combine this with other herbs to take what they call a “bush bath,” which, according to them, remove many skin diseases.

According to them, there are proved cerasee tea benefits for eczema. Besides this, it’s also helpful in rashes and other fungal infections.

Cerasee tea is famous for removing toxins from the body. However, it’s continued use is not recommended, as it can dehydrate the body.

A study conducted in 2008 concluded that the tea made from cerasee has antioxidant properties.

Catechin and Gallic acid are greater in number in its leaves, which help boost the immune system.

Catechins, on the other hand, are beneficial as well. It’s plentiful in green tea.

A study in 2007 proved that it not only reduces fat but also improves overall heart performance.

For those who are not familiar with this herbal tea, it would taste much bitter for them.

But keeping in mind its health benefits while drinking, especially related to gut health, one may not feel it that bitter.

Have a look at the funniest reactions of Americans when they tried cerasee tea for the first time, in the following video.

How often you should drink cerasee tea?

Jamaicans usually recommend to use a cup of cerasee tea for nine continuous days, and then take a break.

However, caution should be taken while taking it for more than nine days.

Otherwise, its side-effects would supersede its benefits.

How to Make Cerasee Tea?

Seeing its benefits, are you ready to make it yourself?

That’s why it’s not recommended to be used for more than nine successive days.

You might have been drinking green tea, oolong tea, or other herbal teas, but it’s highly recommended to give this cerasee tea a try.

In Jamaica, it’s like a one-thing-cure-for-all, especially for gut-related problems.

Its fruit is already known well in the world for its unique taste and cleansing properties.

So, give it a try and let us know how did you feel while drinking it? It can be a unique gift to your coffee lover friend as well.