Some spices are unavoidable in our cuisines, simply because they play a dual role: add color as well as provide a good taste.

One of such dual-functional spices is turmeric that you may find at every spice store.

But today, instead of discussing turmeric itself, we’re going to discuss turmeric substitutes.

So, let’s discuss how well each of the turmeric alternatives works, in terms of the taste, coloring feature, and health benefits.

If turmeric is not going to be your first choice in your recipe, simply because you are allergic to it or it’s not available, you may try the following seven alternatives.

So let’s get to know each of these. 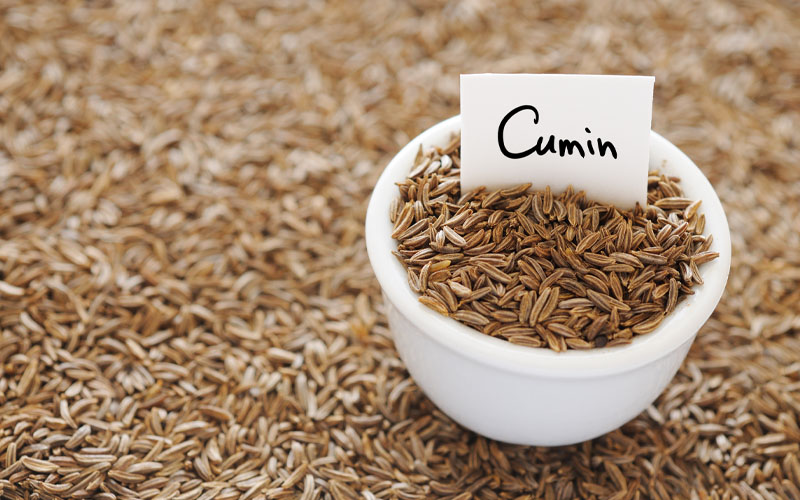 Many people ask like, “Can I use cumin instead of turmeric?”. The answer is yes because, from a taste perspective, cumin substitute is the closest replacement.

It’s one of the most versatile and easily available spices in the world, native to the Middle-east and Indian sub-continent. The edible part is the seeds that it is popular for.

It’s the best turmeric substitute in cooking because it would give you a similar taste.

Downside of using cumin as a turmeric replacement

Best recipes that can substitute turmeric for cumin

Warm, earthy with a bit of bitterness and sweetness together

Similar to caraway seeds, cumin has a warm, earthy taste with a bit.

How to use cumin?

Replace cumin seeds, whole or ground, with an equal amount of turmeric. 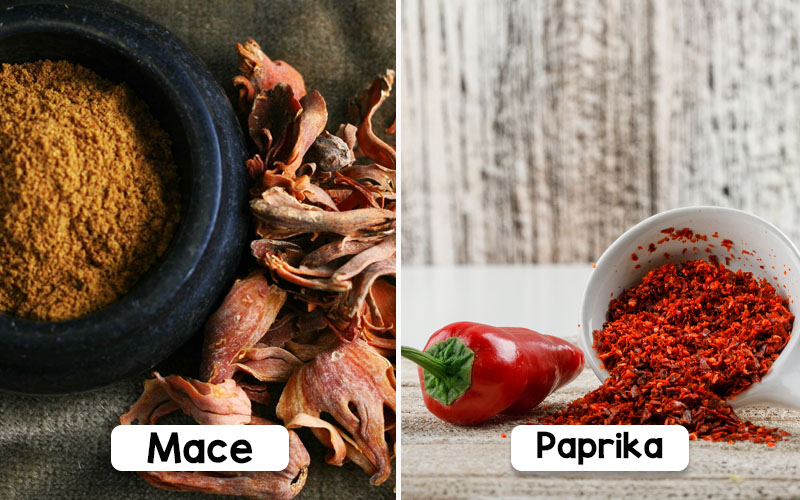 Paprika can truly be called a combination of different red peppers. Their taste ranges from fiery to a bit sweet. Even though its color is red, yet it’s not much spicy.

Mace, on the other hand, is an aromatic golden brown spice obtained from the dried aril of the Nutmeg seed.

Downside of using mace and paprika as a turmeric replacement

Best recipes that can substitute mace and paprika for turmeric

Mace & paprika mixture are one of the best turmeric substitutes for pickles.

Taste of mace and paprika

How to use mace and paprika?

Since both ingredients in it are spicy, ½ the amount of turmeric is just fine. 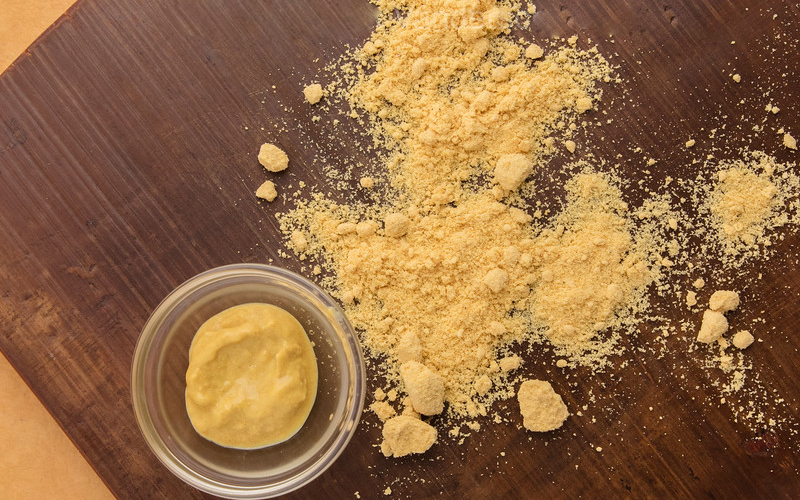 What’s the substitute for turmeric powder? Well, it’s none other than mustard powder if you are concerned about the coloring feature of turmeric here.

Mustard powder is obtained by grinding mustard seeds and filtering the seed coat to get a fine powder behind.

It’s the best turmeric substitute for curry, because you are more concerned about the color.

However, commercial packing of mustard powder is the combination of brown mustard seeds, white mustard seeds, a bit of saffron, or sometimes turmeric as well.

Downside of using mustard powder as a turmeric replacement

Mustard powder won’t give the desired health benefits as turmeric can.

Best recipes that can substitute Mustard Powder for Turmeric

It gives tangy heat to your food. In other words, strong and piquant flavor with fresh aroma.

How to use mustard powder? 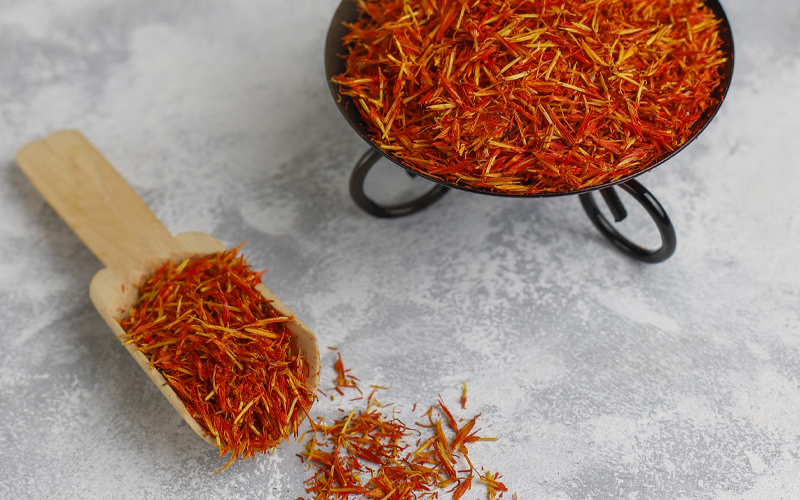 Saffron is the world’s most expensive spice obtained from the flowers of Saffron crocus. The stigma and styles of the flowers, called thread, are what make saffron.

These threads are dried before put to use.

Quite interestingly. Both turmeric and saffron are termed as each other’s replacement: turmeric as saffron replacement and vice-versa.

Downside of using saffron as a turmeric replacement

Best recipes that can substitute saffron for turmeric

Here, Geoffrey Zakarian’s recommendation can be taken, who is a famous American chef and restaurateur.

His actual recommendation is to substitute saffron with a mixture of turmeric and paprika. But conversely, we can substitute turmeric with twice the amount of saffron.

The taste of saffron is subtle; different people describe it differently.

It’s either floral, pungent or honey-like.

How to use saffron?

For ½ teaspoon of turmeric, substitute with 10-15 threads of saffron. 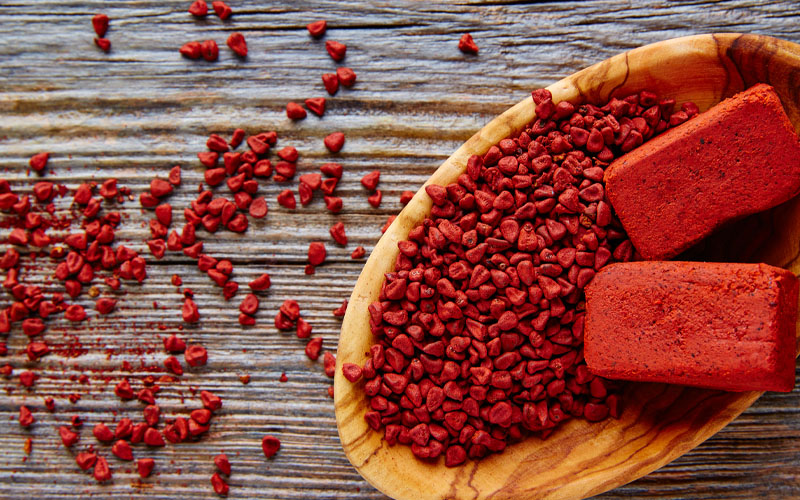 If you’re looking for the same color as turmeric, annatto seeds are another good option.

Annatto seeds are a food-coloring agent obtained from achiote tree, native to Mexico and Brazil.

It adds yellow or orange color to foods.

Downside of using annatto as a turmeric replacement

Best recipes that can substitute annatto for turmeric

Any rice or curry recipe.

How to use annatto?

Start with half the amount and increase it to the same amount. 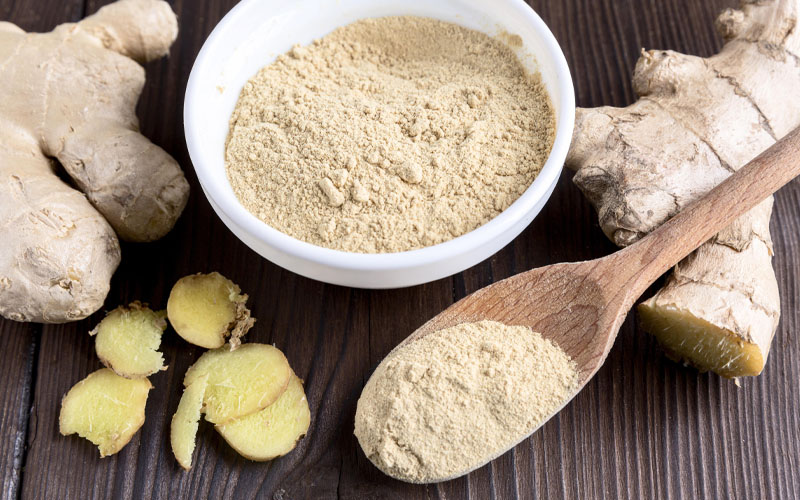 Ginger is another close substitute for turmeric. It’s a flowering plant, the roots of which are used as a spice, like turmeric.

Ginger, in its fresh form, is the nearest fresh turmeric substitutes.

Downside of using ginger as a turmeric replacement

Best recipes that can substitute ginger for turmeric

Soup is one of the dishes where ginger can substitute turmeric well.

How to use ginger?

Use the same amount. Both fresh and powdered garlic can be used for turmeric. But it’s better to use fresh garlic for fresh turmeric and vice-versa.

It’s the most common spice available in any home in the Indian sub-continent.

Downside of using curry powder as a turmeric replacement

Best recipes that can substitute curry powder for turmeric

Unique flavor, because both savory and sweet spices make it. The heat intensity relies on the quantity of pepper used.

How to use curry powder?

½ or ¾ tsp of curry powder is enough to substitute 1 teaspoon of turmeric. 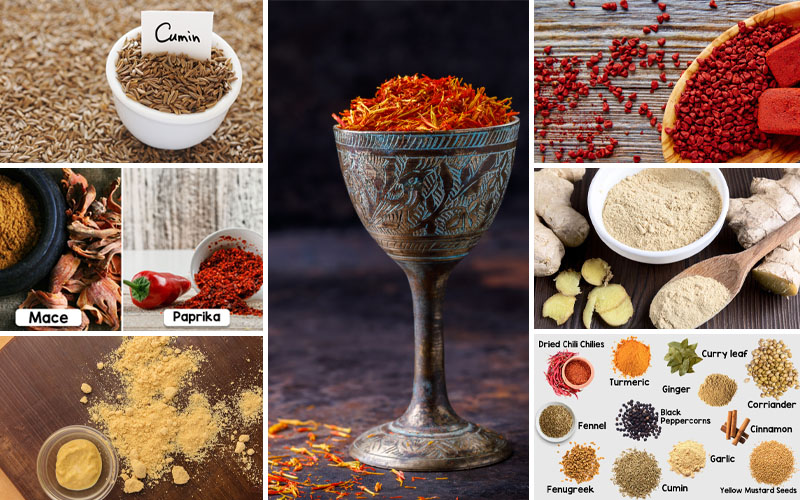 If you have run out of turmeric or simply looking for a turmeric substitute, use cumin and mace & paprika mixture for a similar taste. Use mustard powder, saffron, or annatto seeds for a similar orange-yellow color in your dish; and, finally, ginger and curry powder are the best substitutes of turmeric that can give you similar health benefits.

How many times have you used an alternative of turmeric in your recipe? How did it work? Let us know in the comment section below.