There is a fruit that is widely known under the misnomer of plums.

The Spanish plum (or Jocote) – it has nothing to do with the plum’s genus, or family even. Instead, it belongs to the mango family.

Such fruits are becoming common in the United States too. So, keeping aside the name ambiguity, we have decided to provide you an insight into this fruit.

What is Jocote Fruit?

Jocote is drupe fleshy fruit, having a color between red and orange, with a big seed inside having a sweet and sour taste. It’s either consumed fresh, cooked or made sugar syrups out of it.

It belongs to the same family as mangoes and is native to tropical regions of Central America, like Costa Rica, Guatemala, Honduras, El Salvador, and Panama.

It got its name from Nahuatl language’ xocotl,’ which in that language is a scientific classification of the sour fruits.

Jocote and Ciruela are its Spanish names, but what do we call Jocote in English? Well, in English, it’s called Red Mombin, Purple Mombin, or Red Hog plum with a most common name as Spanish Plum.

These edible fruits are green that turn to purple-red when ripen, about 4cm long, having waxy skin and size almost equal to a tomato.

The pulp is creamy and turns to yellow when fully ripened with a large stone inside.

It does not produce fertile seeds unless cross-pollinated.

The seed is as big as 60-70% of the entire jocote. So, you’re not getting a whole lot of fruit when you eat it.

The average price is $5 per oz.

A fully ripened jocote tastes a bit like ambarella and mango because all of these belong to one family, Anacardiaceae. On the other hand, green ones are tart.

It also tastes like mango pudding. But whatever view we take, this fruit is citrusy and sweet, that’s for sure.

It’s native to the tropical regions of America, stretching from Southern Mexico to northern Peru and parts of north-coastal Brazil.

Specifically naming the countries, we can say its Costa Rica, Nicaragua, Guatemala, El Salvador, and Panama.

How to Eat Jocote Fruit?

Unripe green jocote fruits are eaten with salt and sometimes with peppers as well.

Why? Because salt balances the acidity and tart, which otherwise would taste mouth-puckeringly tart.

The ripened jocotes are eaten like Mango or plum, which means cutting into pieces and discarding the stone inside.

4. Jocote Belongs to the Mango’s Family 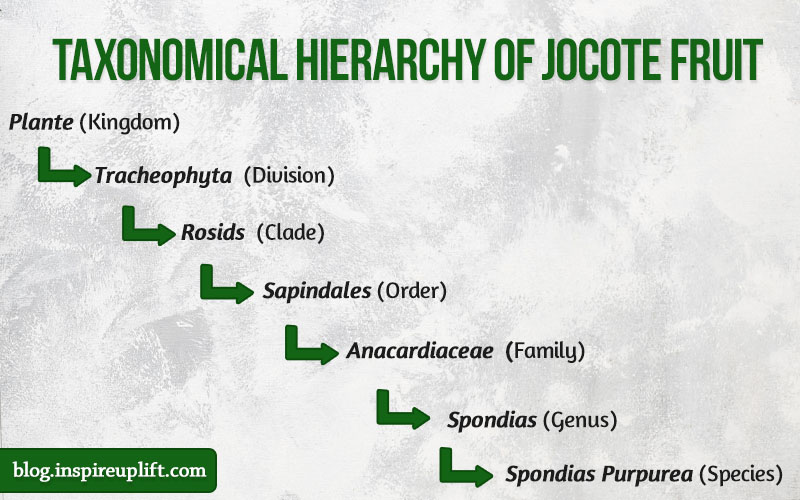 Spanish plum tree is a deciduous tropical tree that reaches up to 9-18 meters height with a trunk of 30-80cm in diameter when fully grown.

Leaves are elliptical-ovate, up to 6cm in length, 1.25cm wide, and fall before the flowering period.

Unlike typical flowers with petals and thin stem, jocote flowers are pinkish red with five widely-spaced petals when bloom, and are directly attached to the thick stems with thick petioles.

6. Jocote is a Rich source of Vitamin A, C, and B-complex 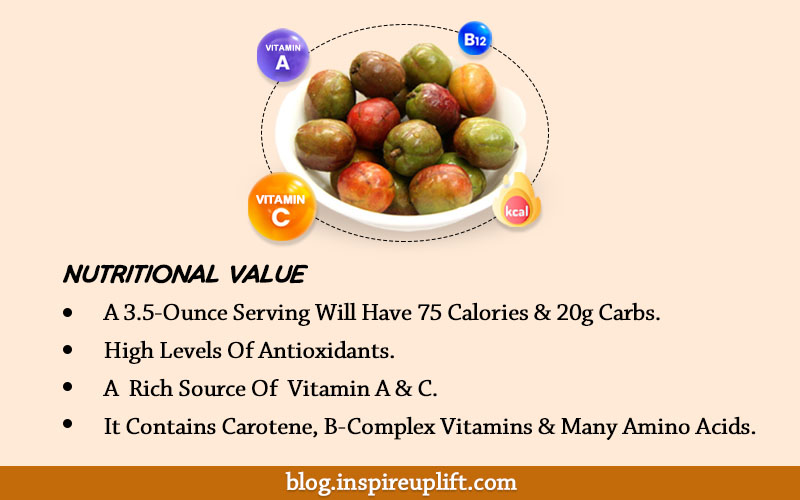 Interesting Facts: In Costa Rica, the Jocote tree is one of those foliage plants that are used as living hedges to give what in their terminology is called ‘Pura Vida’ look.

Further breakdown of its nutritional value can be seen in the following table.

i. As an Antispasmodic 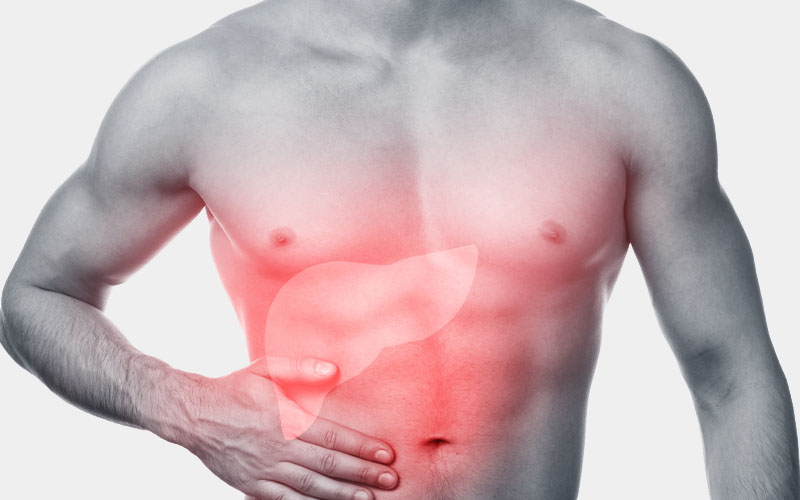 The vitamins, potassium, and calcium in Spanish plum help to get relief from spasm. Spasm is the sudden involuntary contraction of muscles that do not harm but is painful.

The high amount of antioxidants in this fruit helps our cells fight against free radicals in the body that otherwise would cause chronic health problems, such as early aging, inflammation, and cardiovascular diseases.

Other sources of high antioxidants may include consuming purple tea as well. 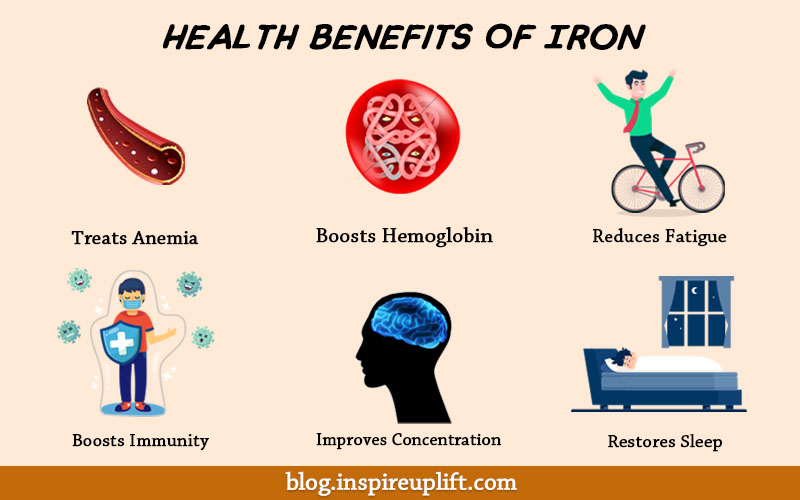 Jocots are rich in iron as well, which help our body preserve its vital functions, including the immune system, body temperature maintenance, gastrointestinal processes, energy, and focus.

Also, it helps to fight against anemia. 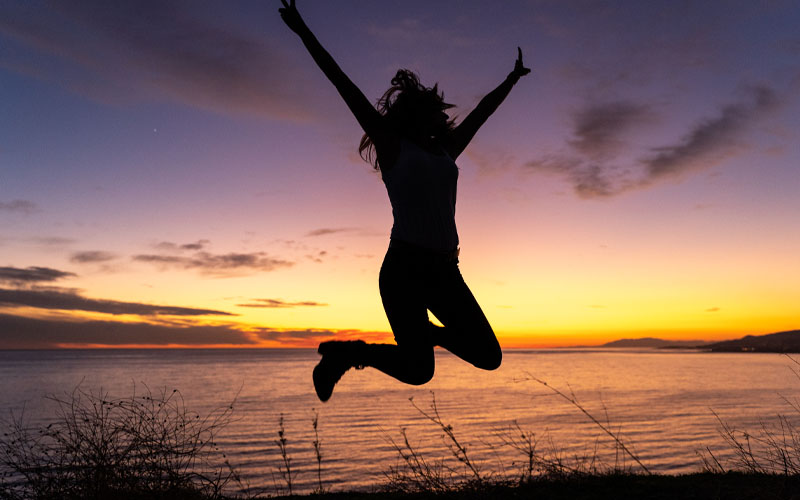 Keeping vigilant by drinking any herbal tea is one thing, getting energy to enhance your capacity is another. The latter can be obtained from fruits as well. Since jocote is rich in carbs and iron, it’s a great source of energy. 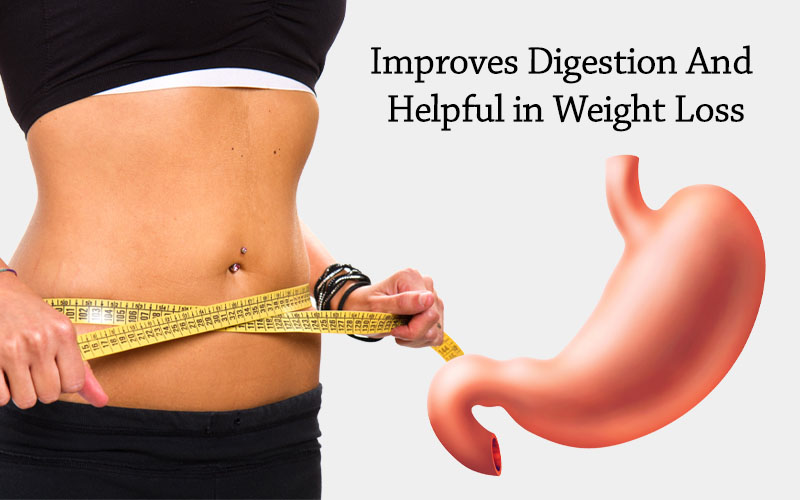 It contains 0.2-0.6g fiber and 76 calories per 100 grams, which helps delay the appetite, and thus improves the digestion and reduces the weight.

The primary use of this delicious creamy fruit is the same as other fruits have, that is, making sweets, desserts, jams, juices, icecreams, etc.

However, its leaves and barks are helpful too. Few of medicinal and other uses are described below:

One of the popular recipes that include Jocote fruit is Nicaraguan Almibar. It’s a kind of fruit syrup that we usually make from mangoes.

Traditionally called Curbasa, this Almibar holds its name in the history of Nicaragua for long. It is specially made on Easters.

A famous Nicaraguan politician, Jaime Wheelock Román, describes in his book, ‘La Comida Nicaragüense’ (The Nicaraguan Food) that Indians who settled there has a different concept of desserts, so a mixed culture resulted in a sweet that is called Curbasa.

Let’s learn how to make this traditional sweet. 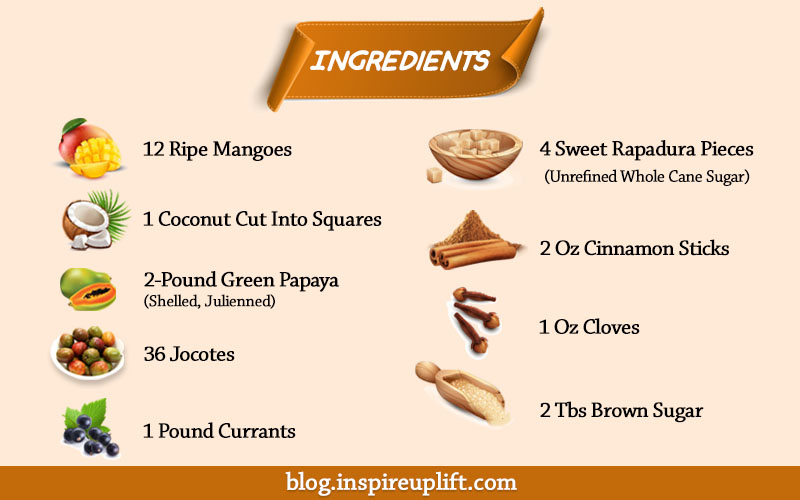 Separately boil jocote, currants, and papaya. Do not mix even after boiling. For jocote, remove from the stove before they sponge, but for currants, let them become soft, and for papaya, boil it until they remain al dente (still firm when bitten). Once done, drain their water and reserve separately.

Tip 1 – Wash the fruits well, preferably in some colander bowl, before use.

Tip 2 – If you want to put fruits in a refrigerator, use antibacterial mats.

Now boil cinnamon and cloves in 2 liters of water. When it releases aroma, add the rapadura pieces and immediately after it melts, add mangoes and coconut and let them boil for 15 minutes further.

In the above solution, add already boiled jocote, currants, and papaya, add the sugar and boil it further for 20 minutes.

Now, lower the flame and let them boil.

Note that while it boils, don’t forget to stir the fruits to prevent it from sticking to the bottom of the pan.

The simmering time should last for 5-6 hours or until the color becomes red wine, and the sugar syrup becomes thick.

Reddish to orange-yellow, jocote, or Spanish plum is a fruit that you must try. From Central American countries, it has spread to Mexico and the United States as well, where you may find it in the frozen section of the grocery stores as well.

Apart from being eaten as other fruits, it’s medicinal uses are popular as well.

Share your reviews of this fruit if you have tried it yet.