And now, for your daily dose of cuteness overload! Kokoro, the fluffy and absolutely adorable poodle is literally taking over Twitter, after his owner shared pictures of him on the social media site. He’s totally taken social media by storm and everyone is saying how human-like his face is! Some have even gone as far as to compare him to Bob Ross and Internet users are scrambling to create hilarious memes using the adorable pooch as their creative inspiration!

Looking very much like the cutest, most adorable stuffed toy you’ve ever laid eyes on, Kokoro, who lives in Japan, is immensely popular on Instagram and has garnered around 120k followers and boasts over 3k posts. Incredibly enough, after the Twitter user Hisoka shared photos of him, he received even more attention and notoriety! They received 128k likes, 29.9k retweets, over 800 comments, and, of course, an immense outpouring of love!

These adorable photos of Kokoro went viral after Twitter user Hisoka shared them!

With his sweet little face and his resemblance to everything from Bob Ross, with his famous fluffy hair, to the cute, little, Forest Moon Ewoks, because of their super fluffy and adorably hairy bodies, Kokoro is capturing the hearts of people all over the world! He’s also the perfect template for the best memes ever, so everyone’s taking full advantage of that perk and creating all kinds of relatable and, of course, funny content.

Kokoro is a toy poodle, a breed that is actually quite well known for their fluffiness. They’re the smallest variety of the poodle breed, which gives them the advantage of being extra adorable. Toy poodles are generally between 9.4″ tall to 11″ tall (24 to 28 centimeters) and they weight anywhere from 4 to 6 lbs. (1.8 to 2.7 kilograms). They’re very smart, extremely active and a very social breed that needs lots of care and grooming. Actually, most pet owners will tell you that every breed requires their fair share of grooming and with our Pet Grooming Gloves, grooming and caring for your pet just got a whole lot easier, for you and your pet! No more shedding and furry furniture and your furbaby will love the attention! 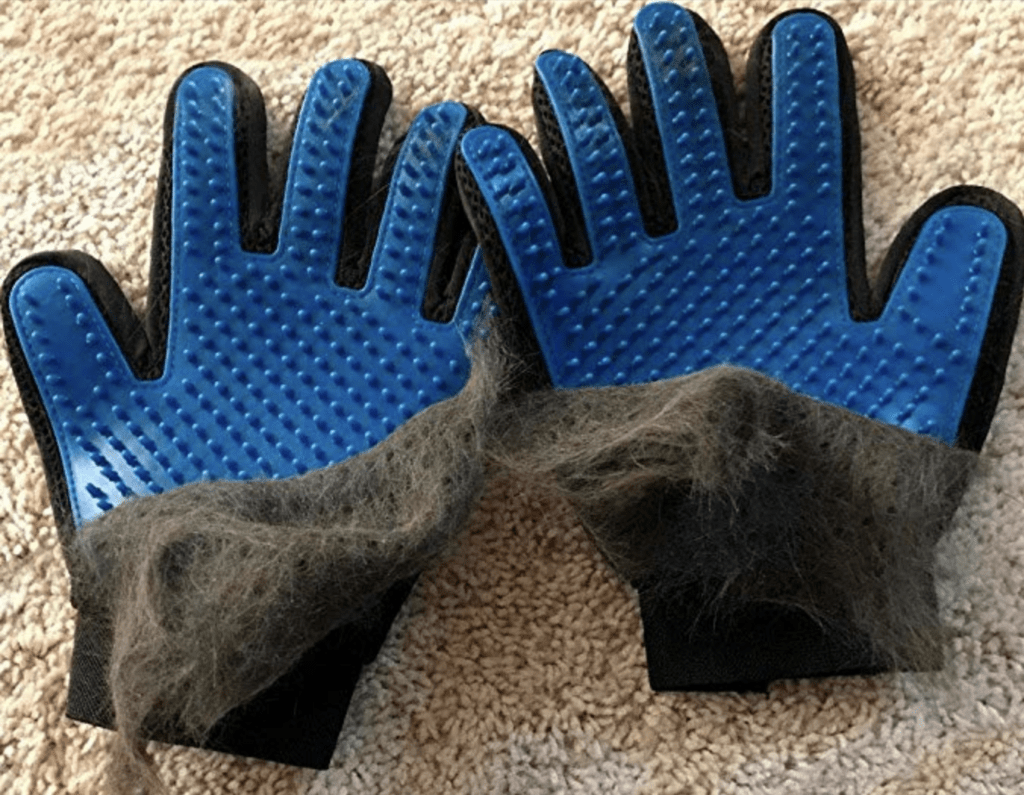 There are so many posts about adorable animals on the Internet, just like the recent story, posted on Inspire Uplift, of the confused Husky pup, that thinks she’s a cat! With all of the craziness going on in the world right now, it’s not surprising that people need an escape. These animal stories are so uplifting and heartwarming that people just can’t seem to get enough of them! If you can relate and love animals as much as we do, you’re gonna love our “Tell Me It’s Just A Dog”. It says it all! 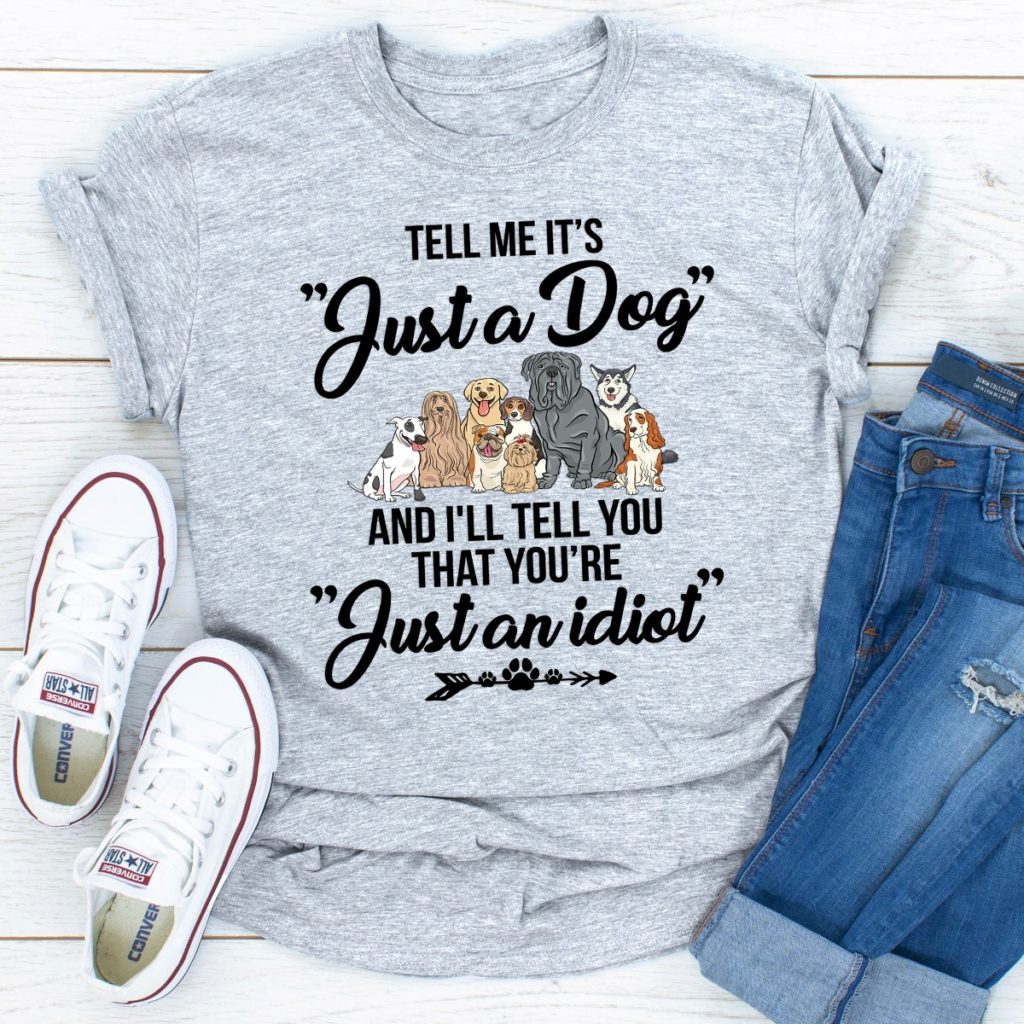 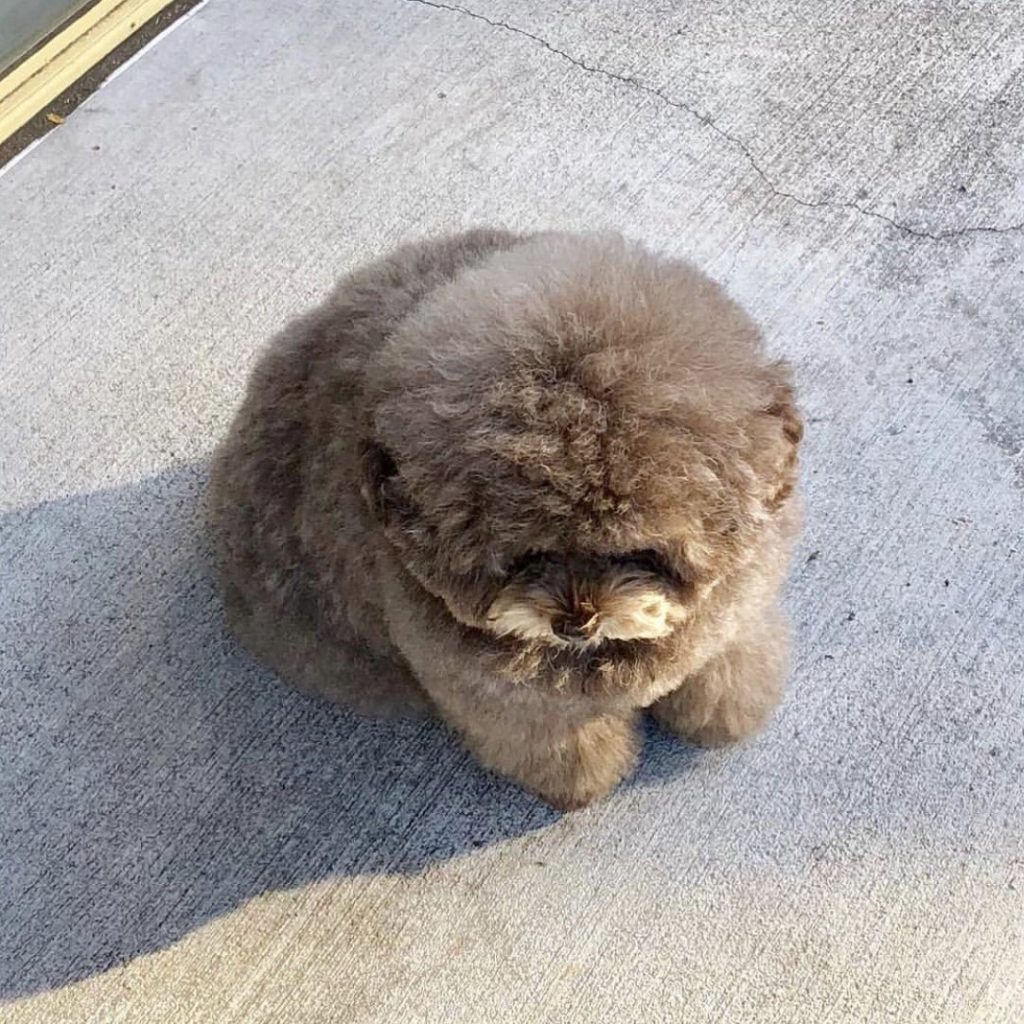 So, what do you all think about this perfectly puffy little pup? Do you think that he has a human-like face? Is the resemblance to Bob Ross uncanny? Let us know in the comments and remember to send some love to Kokoro and his lucky owner!