Pumpkins are not just Halloween stuff but part of a famous fairytale too such as Cinderella pumpkin. We all know Cinderella’s story that not needs to be redescribe here.

Not to forget, though Cinderella pumpkins are related to a fantasy story. Still, many people use them to make Halloween recipes. Yes, the spooky event is incomplete without cool things for Halloween like presents and gift baskets.

But, as far as the topic is concerned, we need to know more about Cinderella pumpkins, such as its taste and if the myth about them being less tasty and juicy is true.

They are the same pumpkins that Cinderella’s fairy godmother changed into the coach hence they are also named as Cinderella’s Pumpkins.

Cinderella pumpkins can grow so large up to 40 pounds.

When it comes to appearance of these French pumpkins, they have flattened shape hard ring with deep ribs and can also have bumps or nettings on the outer rind.

Their deep orange color makes them fascinating not just for pudding, soups, and other recipes but also for pumpkin carving projects.

FYI: Cinderella Pumpkin is different and more delicious from fairytale pumpkins but it cannot be eaten as raw as the later one.

Cinderella Pumpkins are not recommended to eat raw though they are fluffy and creamy inside. After cooking, it tastes so well.

It has slightly sweet flavor but it is cooked for sweet and salty both kind of recipes.

It does not have any specific or special smell but when cooked it has a very tasty and tempting aroma.

What do you do with a Cinderella pumpkin? Let us say, what you cannot do with a pumpkin from roasting, to baking, making soup, steamed recipes, sweet pies, and what not?

Besides this, Cinderella pumpkins are one of those entities, without which Halloween decoration is incomplete.

In short, from baked, cooked, to steamed, Cinderella pumpkins are used in all sorts of tasty recipes.

Here we are discussing some of the finest items and their recipes you can make using Rouge Vif d’Étampes or French pumpkins.

This recipe is also known as Cinderella pumpkin bisque because the end recipe you get is a creamy thick delicious soup.

But how to make it? here is what you need to do make it.

Cinderella pumpkins are best to make baking products. You just name it and your tasty pumpkin will let you make it.

With Cinderella pumpkin, you can cook pies, bread, muffins, cookies, and cakes.

Here we are mentioning a recipe on how to make pies with Cinderella pumpkin: 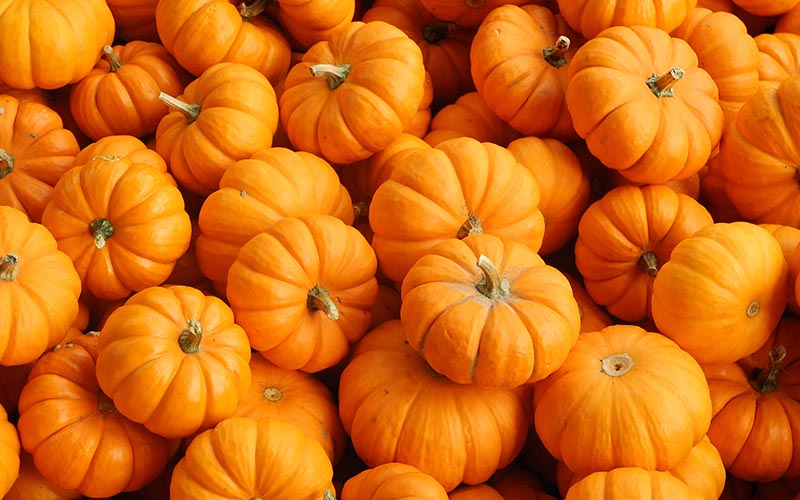 Cinderella pumpkins can be one of the most beneficial food for your kids, pets, and even you.

They are rich in dietary fiber, vitamin A, vitamin C, potassium, and iron.

All of these ingredients help in children growth, human health, and keeps bones of the old age people strong.

It is a complete food that even when cooked to caked feels yummy and gives no side effects to your health.

It is a complete food you can eat.

Cinderella pumpkins can easily be grown at home but you will need an outdoor big yard because pumpkins love sunshine and they grow so large.

If you have a yard outside your home, you are ready to grow a good yield of Cinderella pumpkin plant that you can either use to eat or sell.

Here is how you grow Cinderella pumpkin at home:

Growing season for Cinderella pumpkins is from April to June.

A full summer sun is what Cinderella pumpkin needs to grow. So, find a place that receives sunlight for most part of the day.

Soil needs to be fertile of course but if it is acidic, the pumpkin might not grow as fresh and tasty as expected.

Along with summer sun, the Cinderella pumpkin also like summer temperature. So, when growing them in your garden, make sure to maintain a temperature of at least 50°F, day and night.

Pumpkins grow in groups you can make a group of 3 seeds and sow all of these groups three feet apart from each other.

Keep seeds and seedlings from young birds by covering them or place scare crows near your garden.

Cinderella pumpkins love to drink water. Also, as these pumpkins are sown in high temperature, therefore, they will need more than once water in a day.

Go and check the soil on and off, and water it whenever finds dry.

This is all about Cinderella pumpkin. Did you like our work? do give us a share and if you need to read something more, send us your precious feedback by commenting below.