It’s because this time, the variety of chilies is different.

And what if your recipe requires this as a primary ingredient, and you don’t have it? Of course, you would look for alternatives, isn’t it?

So, that’s what we are going to discuss today: the possible substitutes of cayenne pepper.

What is Cayenne Pepper? 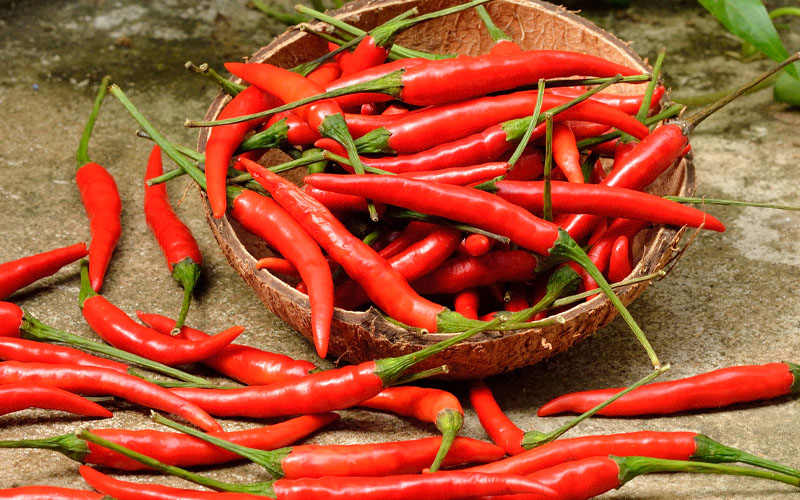 Cayenne pepper is a type of the species, Capsicum annum, that’s hotter than most of its commonly available counterparts. It’s thin, long, bit curved from the tip side, and tends to hang from the stem rather than growing upright. Its heat is measured between 30k to 50k Scoville Heat Units (SHU).

Cayenne pepper is named after Cayenne, the capital of French Guinea, located in South America.

It’s grown in the tropical and subtropical regions of Mexico, the USA, Africa, and India.

The branded packaged chili powder sold in the market is not pure ground chili powder. Even if it is, it would be a combination of different varieties of red peppers.

On the other hand, cayenne pepper or its powder is a pure chili, much hotter than other varieties.

A teaspoon of cayenne pepper has 6 calories of energy;

0.3g of fats, of which 2/3rd are polyunsaturated ones;

0.2g protein and 14% of minimum daily requirement of Vitamin A.

What can I substitute for cayenne pepper?

The following list is the answer to this curious question.

It’s the most common kitchen spice that every house has.

But you may be amazed to know that the branded chili powder we buy is not made from one particular type of chili.

Instead different chili types plus some additional spice like fennel seed powders are added that alters its taste a bit.

So, red chili powder can be your first choice as cayenne pepper substitute.

Since the heat factor in chilies varies from one manufacturer to another, it’s essential that you try with an equal amount and add more if needed.

2. Chili Flakes or its Powder 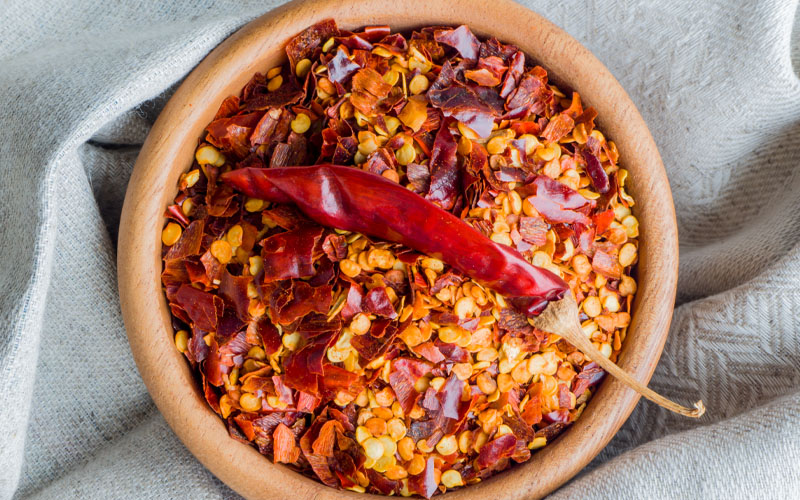 Chili flakes or crushed red pepper flakes are made from dry-roasting and grinding the chilies.

Unlike typical ground chilies, seeds can be seen clearly in it.

5-6 chilies can make you a teaspoon of chili flakes.

If you ask a housewife or any chef about this, he or she can abruptly tell you that chili flakes have much more heat, and are spicier than the normal chili powder.

Keeping in view its heat, flakes are one of the best substitutes of cayenne powder.

Start with the same quantity, and add gradually till the desired taste is achieved. 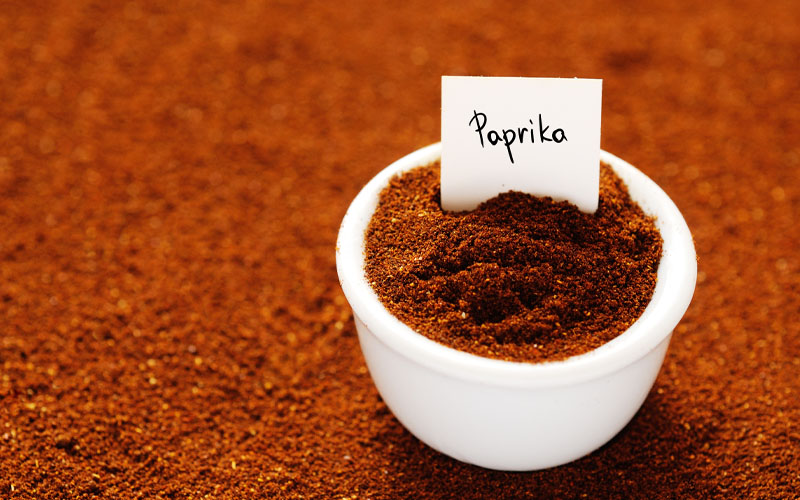 Paprika can truly be called a combination of different red peppers. Their taste ranges from fiery to a bit sweet.

Even though its color is red, yet it’s not much spicy.

While substituting paprika for Cayenne pepper, it’s necessary to know its kind first.

There’s that Sweet paprika obtained by grinding the red bell peppers, which is used to garnish the dishes.

Another form is Hot paprika, which is made by either ground chill peppers alone or my mixing bell and chili peppers.

Hot Paprika can be a better substitute for Cayenne pepper, with almost the same amount or a bit more. Start from an equal amount, and then add gradually, unless you get your taste. 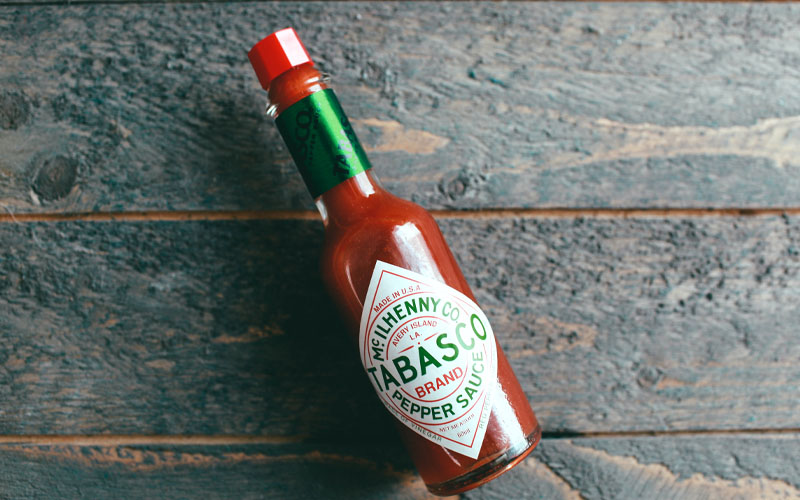 Hot sauces like Tabasco pepper sauce includes cayenne pepper as one of the main ingredients, which makes them a good alternative of cayenne pepper.

Other ingredients in hot sauces include vinegar and salt.

Its nutritional benefits include 35mg of sodium in on teaspoon.

With Scoville ratings between 2500-5000 just, it can be termed as a mild alternative of cayenne pepper.

So, you may substitute Tabasco sauce for cayenne pepper too.

As Tabasco pepper sauce is approx. six times lesser intense than cayenne pepper, you may try replacing ½ teaspoon of ground cayenne pepper with 8 drops of Tabasco, and add more if needed.

Thai chili peppers are quite common at shelves of any supermarket.

Instead of being crushed or ground these are dried as a whole and are very hot and flavorful.

It’s best suited for both cooking like stir-frying and sautéing, as well as for garnishing and topping of certain dishes.

For this reason, Thai chili pepper can be ranked as the best fresh cayenne pepper substitute.

½ tablespoon of Thai chili peppers can be the best substitute for ½ tsp. cayenne pepper.

Always use cut resistant kitchen gloves before cutting or chopping vegetables or fruits.

Gochugaru is a coarsely ground mixture of Korean red peppers that are first dried in the sun before any grinding or crushing.

It has a texture between powders and flakes.

It’s neither fine like normal chili powder nor coarse as flakes.

Unique thing about gochugaru is its smoky flavor.

Comparing its heat with cayenne, we can say it’s much lesser. On SHU scale, it has just 1500 scores.

Start with an equal amount first, then increase the quantity gradually until the desired taste is achieved.

The above list is not exhaustive. There are hundreds of varieties of chilies available in the world.

And not all are close substitutes as well.

Food without spice is useless, especially those that are known and eaten for their spicy and hot flavor. Cayenne pepper is hot, beneficial, and hard to substitute. Yet the above six alternatives are those that won’t undermine the taste of your favorite recipe.

Which of these substitutes have you been using in your dishes? And what’s your criteria for the selection? Share with us in the comments section below.